Bad deal not worth the risk 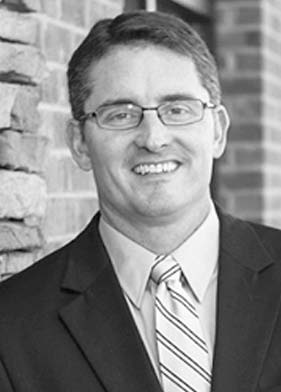 In Alabama, many politicians have recently used Medicaid’s $85-million budget shortfall to argue for increased taxes, a lottery, the expansion of gambling, or some combination of the three. Indeed, after proposing a half-billion-dollar tax increase last year, a few weeks ago Gov. Robert Bentley called a special session of the Legislature to consider a lottery for the purposes of funding Medicaid.

Last week, the Legislature ultimately rejected the proposal. I voted against the Bentley lottery and want to briefly explain why I opposed the governor’s plan.

First, the legislation was a constitutional amendment to legalize a lottery, but it included no legislation detailing how the lottery would be run. Had the Legislature approved the constitutional amendment for the November ballot, the governor and Legislature would have been saying, “trust us.” But if the people are going to vote on a lottery, they deserve to have full disclosure beforehand of what it will include.

While the governor pitched the lottery as a solution to Medicaid’s current $85- million shortfall, it would be 2018 before the state received any money from the lottery. Medicaid does face a serious fiscal challenge, but a lottery will not solve the program’s immediate or long-term needs.

I have heard many people argue a lottery is needed to provide more money for K-12 schools and college scholarships. Whatever the merits of that argument, the governor’s plan would have done the opposite, putting over ninety percent of the proceeds to the General Fund for Medicaid.

What Alabama’s state government desperately needs is a fiscal plan to unearmark our state’s budgets. More than ninety percent of Alabama’s tax dollars are set in stone for specific programs, giving legislators virtually no flexibility in times of budget crisis.

Our state has the highest percentage of budget earmarks in the nation and unless we reform our archaic budgeting system, we will continue to drift from crisis to crisis. A lottery – and the additional stream of revenue to state government’s coffers – would have incentivized not reform, but the status quo.

A side note: The special session will continue next week as the Legislature considers differing plans to allocate the $1 billion BP settlement for economic damages to the state. I strongly support using the money to first pay off existing state debt, totaling more than $500 million, to the Alabama Trust Fund. I am open to considering a variety of uses for the remaining money, but first, debt must be retired and the state’s emergency fund fully restored.

Shay Shelnutt represents District 17 in the Alabama Senate, which is comprised of all or parts of Blount, Jefferson, St. Clair, and Talladega counties. You can contact him at shay.sd17@gmail.com or follow him on Twitter: @shelnutt417.