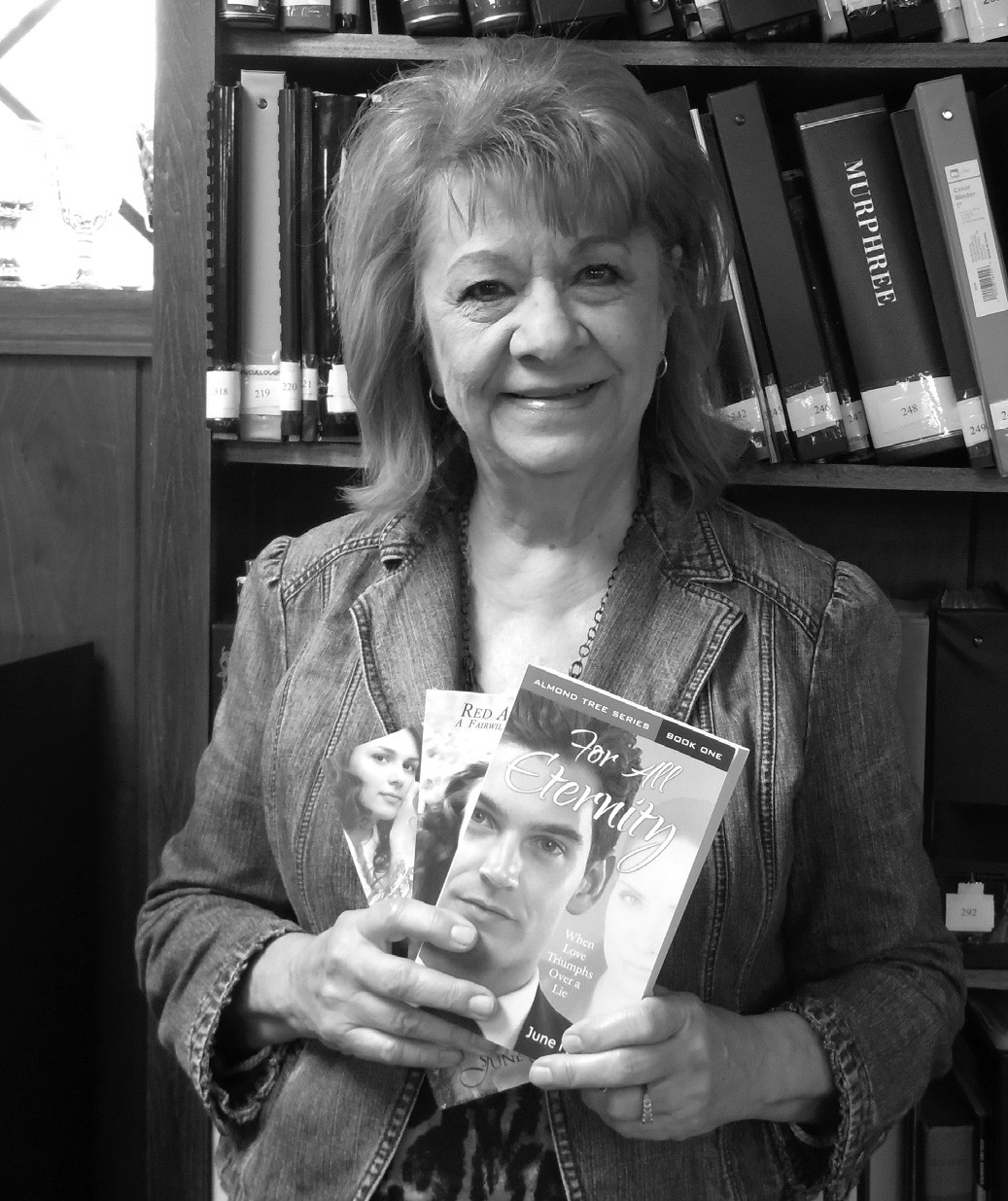 Locust Fork resident June Foster, an award-winning author of Christian romance novels, now has each of her seven books for sale at the Blount County Memorial Museum. Foster, a retired teacher, penned her first novel in 2010 while traveling throughout the United States with her husband in their RV. Three of her books have been honored including ‘Give Us This Day,’ which was a finalist in EPIC’s eBook awards in 2013, and in 2014 was named a finalist in the National Readers Choice Awards for best first book. ‘Ryan’s Father,’ won The Clash of the Titles for January 2014 and was one of three finalists in the published contemporary fiction category of the 2014 Oregon Christian Writers Cascade Writing Contest and Awards. In 2014, ‘Deliver Us,’ was a finalist in COTT’S Laurel Awards. Foster is the mother of two and a grandmother of 10. For more information, visit junefoster. blogspot.com. – Nicole Singleton