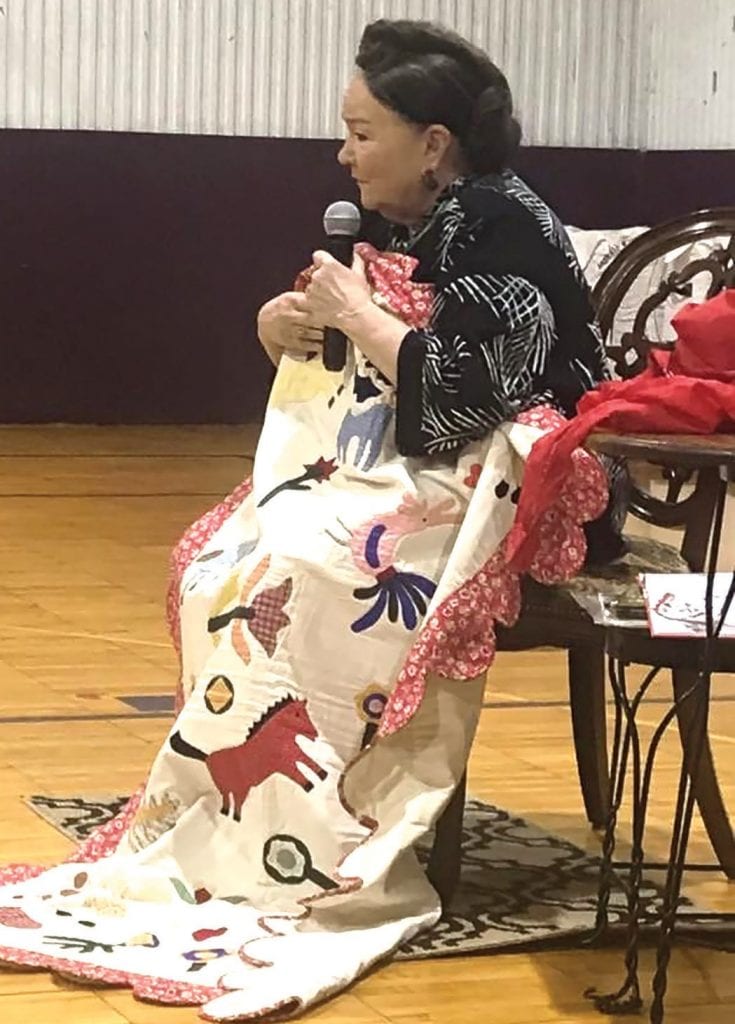 Award winning author and illustrator Patricia Polacco visited with Susan Moore Elementary students March 2. She gave an inspiring message to students about pursuing their dreams despite any challenges they may face.

Polacco always loved books; however, she did not write her first children’s book until she was 41 years old. To date, Polacco has written and illustrated 115 children’s books. Much of her literary work comes from the inspiration of her family.

Polacco’s maternal family were Jewish immigrants from Russia and Ukraine. Her paternal family was from the county of Limerick, Ireland. Both cultures were known for storytelling. Polacco vividly described how she spent a typical night as a young child. The family had no television. Most nights after dinner, they would gather in the living room and listen to her grandmother’s stories.

During her visit, Polacco told the students how one of her most famous books, Meteor!, tells the story of an 800-pound meteor that fell on the family farm in Union City, Mich., almost 100 years ago. Using sound effects, Polacco captivated the students with the true story about her grandparents finding the meteor in their yard. 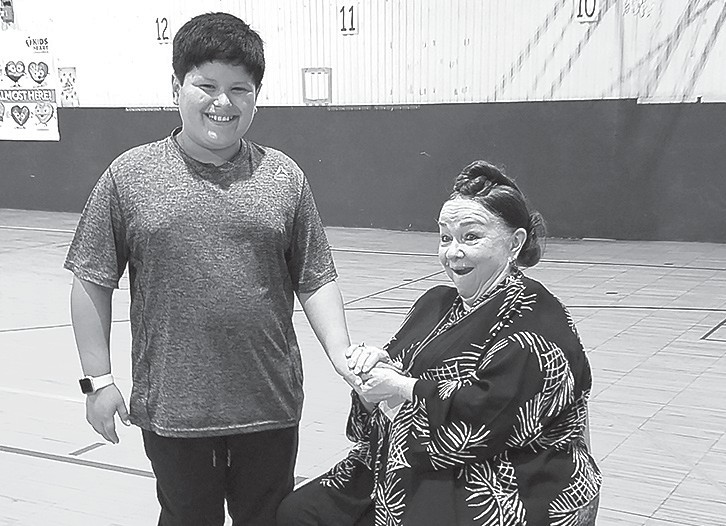 People from all over would go by to see the massive piece that fell from the sky. People began to make wishes, claimed to have felt energy from the gigantic rock, and said their wish came true. It soon became known as the “wishing rock.”

Polacco then opened a box that had a piece of the “wishing rock” in it. She allowed students to touch the “wishing rock” and make a wish. Polacco said the legend comes with a warning: “Be careful what you wish for because it just might happen. Wishes that come true spill out of you and begin to affect other people.” She told the students they could not wish for money, to change others, or anything that can be purchased for money.

After Polacco’s grandmother passed away and her grandfather planned to sell the farm, the meteor was moved to the cemetery where her grandmother is buried. It still mesmerizes people as they continue to visit the rock and make a wish.

Polacco’s treasures also included a replica of the keeping quilt. It has been a part of her life experiences and includes pieces of clothing from her ancestors who escaped the pogroms of Poland. Her signature book The Keeping Quilt describes family and traditions that are handed down generation to generation. The original and delicate “keeping quilt” has now been retired to a museum at The University of Findlay in Ohio.

Polacco struggled in school. She did not learn to read until she was 14 years old. She couldn’t write, and she was not good with numbers. One of Polacco’s biggest fears was having to read in front of the class. It would make her physically sick to have to endure the laughter of other students. Polacco was bullied and laughed at throughout her school years, and she never felt safe at school. Even the bathroom was not a safe place. She was followed in by those bullying her. She also told of two other students in the school who were made fun of.

As it turns out, Polacco had severe learning disabilities including dyslexia and failure of sensory integration, a neurological disorder in which the sensory information an individual perceives results in abnormal responses such as constantly rocking back and forth and/or fidgeting with their fingers. Her book Thank You, Mr. Falker was inspired by the teacher who recognized her learning disabilities.

Polacco was asked by a student how long it takes to write a book. She told of how an idea for a book usually comes to her while she is sitting in her rocking chair. As she rocks back and forth, she toys with her idea to decide on how the story will progress.

Because Polacco illustrates her own books, it takes a bit longer before she initially submits it for editing. The usual turnaround time from idea to book and reaching readers is about two years. Polacco said, “I have always wished to be an artist. My wish is coming out through books.”

Throughout her presentation, Polacco reiterated to everyone that they can do or be anything. She said, “If you had told me at your age that I would be an author, I would never, ever have believed you. You will only be held back in life by your own doubts. There is nothing you cannot achieve. Who knows? You may grow up to be a rabbi, a cantor, or even the president of the United States.”

She concluded by finishing the story of the two other classmates who were bullied in school. Both became famous. In school, they were known as Frank Richard Oznowicz and Thomas Jeffery Hanks. Today the world knows them as puppeteer, actor, producer, and director Frank Oz and award-winning actor, director, and producer Tom Hanks. Despite being in different grades, shared experiences have made the three good friends.

Imagine the look on classmate’s faces as the multi-millionaires marched in together at a class reunion with their heads held high and no longer the target of ridicule.