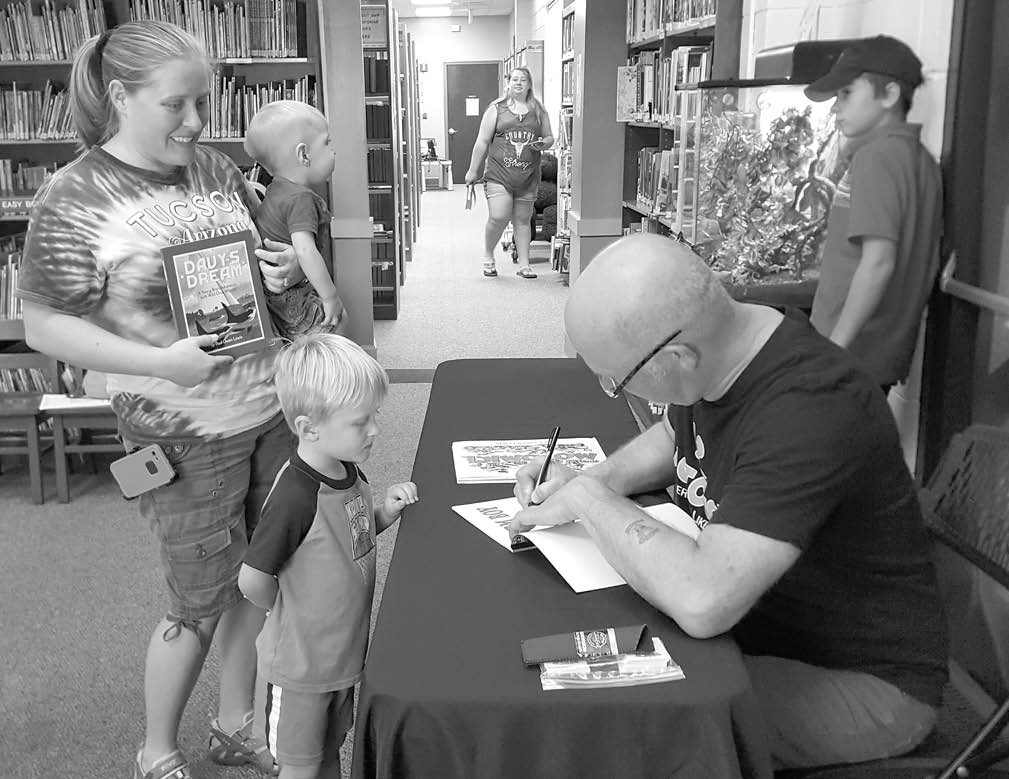 Lewis had toyed with the idea of doing a children’s book about motorcycles for years; however, the publishers were not interested in the concept because, “Everyone knows what bikers are like,” he said. Several well-known publishers turned him down.

He became discouraged due to the lack of interest in an idea he believed was important to promote.

Lewis said, “There is really a stigma against people who ride motorcycles.” He truly wanted children to understand that bikers are not generally bad people despite their rough and tough appearance.

One day, Lewis was walking with his longtime friend, George. During their conversation, George looked at him and said, “Paul, I am disappointed in you,” referring to Lewis not writing any recent children’s books.

Lewis knew at that point that he must find a way to publish a children’s book about motorcycles. He researched worldwide and could only find one children’s book that had a motorcycle theme throughout the book. It was written in 1965 and its topic was not really motorcycles.

Continuing to stay focused on his mission, Lewis not only wanted the book to help children understand that all bikers aren’t bad, but he also wanted to do what children’s books are supposed to do – solve a problem.

Lewis said, “A good book is a circle long journey and comes back to where you started. It has to solve a problem and demonstrate a positive change.”

After 18 months of hard work, Lewis was able to publish a vibrantly colored and self-illustrated children’s book “Motomice.” He described the book as “a color-coded vocabulary book that has a broader concept as you turn each page.”

Throughout the 16-page book readers are able to see how a wide variety of people ride different types of motorcycles, and that bikers treat each other with respect. It helps to dispel the negative concept that people have regarding bikers.

Although Lewis has written several children’s books over his career, he is best known for “Davy’s Dream” and “Storm Boy.”

Lewis said, “I look for subjects no one ever writes about. I also want it to be multi-cultural.”

After completing his presentation to approximately 20 people, Lewis answered questions and had a book signing.

Amy White and her children, Kason and Kable (above, with Lewis), attended the presentation and book signing. White had met Lewis in 1996 and he had signed “Davey’s Dream” for her at that time. She brought in the book she has had for 21 years and he re-signed it.

Lewis was in town the week of June 26 to lead writing and illustrating sessions in the Dreamcatchers Summer Camp at Susan Moore Elementary.

In keeping with the Blount County Education Foundations’s mission to promote academic excellence, this camp provided 100 students an opportunity to work directly with Lewis in writing and illustrating their own books.