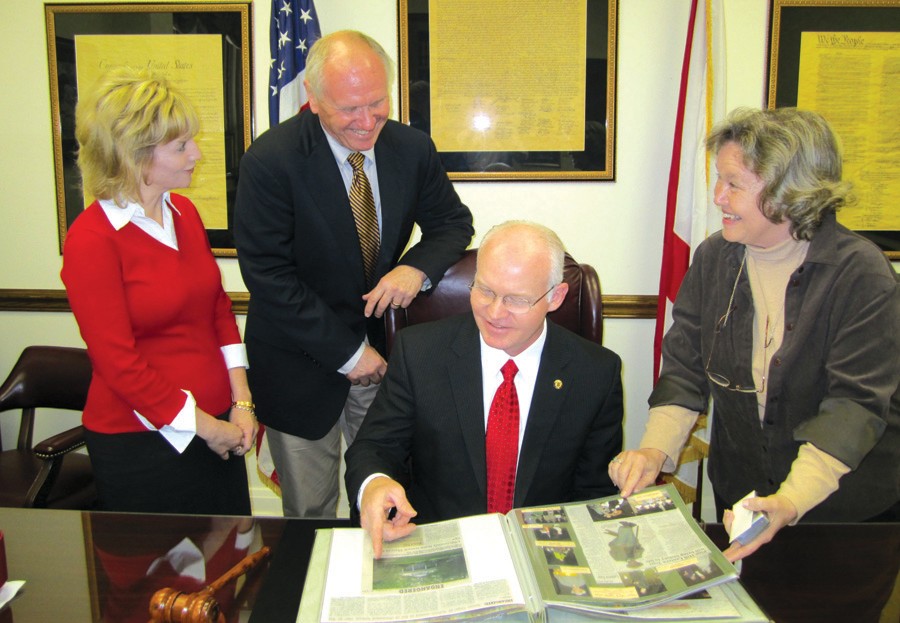 A new ROTC drill field at Auburn University will be dedicated in honor of deceased Blount County native Major Max Adams Morris at a ceremony there on July 10. Morris was a former Auburn student and football player who won a Carnegie Medal for heroism while at the university. He was killed in action at the Chosin Reservoir in North Korea on Nov. 28, 1950. 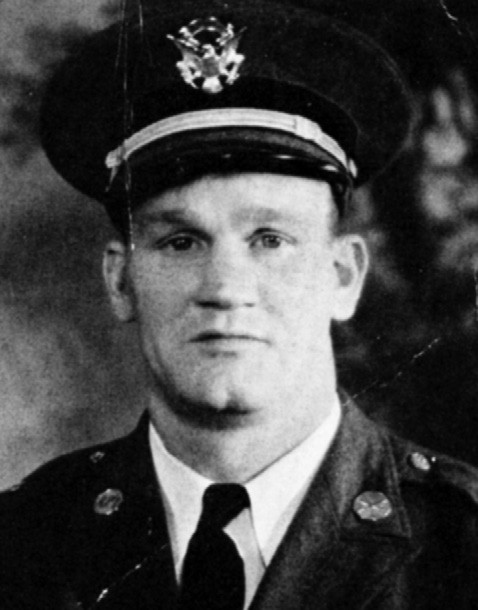 The new drill field replaces the former Max Morris drill field appropriated by the university to build a new dormitory complex and associated parking. The new field will be located across the street from the former field and adjacent to the ROTC building. Auburn visitors plan dedication

Two visitors – Dr. Charles Hendricks of the Auburn veterinary school and Mary Norman of the Auburn Heritage Association – came to Oneonta last week to develop further information about Morris and his surviving family and to generate interest in the county in sending a delegation to the July dedication.

They met with museum director Amy Rhudy to document Morris’s local family connections and visited Mt. Tabor cemetery where the Morris family is buried. They met with Probate Judge David Standridge to request local recognition for Morris and to invite a Blount County delegation to attend the Auburn rededication.

Standridge agreed to ask the county commission to pass a proclamation honoring Morris in connection with the ceremony. Hendricks and Norman also asked any local citizens who have pictures of Morris to lend them to Memorial Museum for copies to be made for display.

“We’d really like for a big group of friends and acquaintances of Max Morris and his family to come to Auburn for the dedication,” said Hendricks. “We plan to have a big celebration, and we’d like to make Blountsville and Blount County a part of Auburn for that,” he said.

Hendricks said arrangements are in progress to have the field elaborately landscaped for the ceremony and to have members of the university administration attend. The Auburn University Band will play the school alma mater for the dedication. He said military dignitaries from the ROTC and Fort Benning have been invited for the ceremony, along with representatives of the Auburn athletics department, if he can persuade them to attend. Morris represented county well

Though born in Cullman County, Morris lived with his parents Ruby and Dr. J.W. Morris at Liberty. He attended Pennington High school and Gulf Coast Military Academy. He entered Auburn University in 1938 and was a varsity football player, lettering in his sophomore and junior years.

While attending an ROTC camp at Fort Benning in 1941, he risked his life to save that of a fellow cadet. For that action, he was awarded a Carnegie Medal for heroism. When Morris graduated in 1942, he was commissioned a second lieutenant in the army field artillery. During World War II, he was promoted to the rank of major and was awarded the Bronze Star and the Army Commendation Ribbon.

Hendricks said that as an interesting sidelight, the person whose life Morris saved – Wayne B. Nelson Jr. – later was among allied soldiers who liberated a Nazi death camp during World War II. Hendricks said the group planning the commemoration is trying to contact the sons of both men – Morris and Nelson – to attend the July dedication and to meet there for the first time.

Rhudy said her research into the Morris family shows no descendants of the Morris family remain in Blountsville. However, there are nieces and nephews residing in Huntsville, she said. She said contacts with one niece suggest that part of the family is very interested in attending the Auburn ceremony honoring their uncle. Efforts to contact Morris’s son, a retired doctor in Florida, are still being made, Rhudy said.