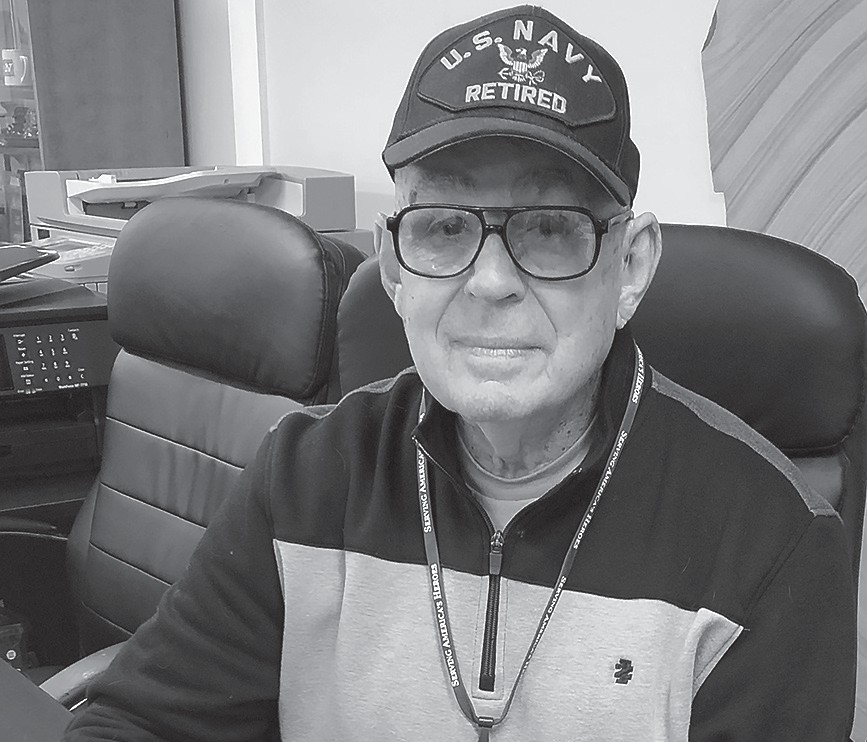 Richard Wise, U.S. Navy veteran who served during both the Korean War and the Vietnam War, was the first applicant for the Lone Eagle Honor Flight for Blount County veterans.

Attention all U.S. military veterans of World War II, the Korean War, and the Vietnam War. An honor flight is being organized to take qualifying veterans to visit the National Mall in Washington, D.C., as recognition for valued service to our country.

The Lone Eagle Honor Flight, which is being sponsored by citizens of Blount County, is tentatively planned for September. The itinerary calls for an early departure on a chartered flight and return in the evening of the same day after visiting the memorials at the Mall. Breakfast, a snack, lunch, and dinner will be provided, as will a hat and t-shirt for veterans. There will be no cost to veterans or guardians.

To qualify, a veteran must live in Blount County, provide a letter from a physician certifying sufficient good health to make the trip, and provide a copy of a DD214 or equivalent discharge papers.

All World War II veterans that meet these criteria are eligible. Korean War era veterans must have served at some point from June 25, 1950, to January 31, 1955. Vietnam War era service members must have served between February 28, 1961, and May 7, 1975. There is no requirement to have served in combat or even on foreign soil.

There will be seats available for guardians to accompany veterans that may need assistance; however, there are qualifications for that position as well. A guardian cannot be a family member and must be able to physically provide assistance.

Applications can be picked up at the Blount County Memorial Museum and must be returned there. There are a limited number of positions and reservations will be made on a first come, first serve basis.

Members of the honor flight organizing committee estimate that about $100,000 must be raised and they are asking the public to donate. Checks should be made out to the Blount County Veterans Flight 2020 and either mailed or dropped off at the museum or deposited at HomeTown Bank. Donations are tax deductible. Museum curator Amy Rhudy cautions donors not to go to the national honor flight website to donate because it will not go to the Blount County operation. Likewise, veterans should not complete an application on that website, she said. The Blount County Historical Society, Blount County Operation Grateful Heart, and the Blount/Cullman Chapter of the Disabled American Veterans have each donated $1,000 to kick off the campaign.

Members of the committee are: Rhudy, Lester Hallman, Frank Cannon,

Contact Rhudy at 205-625-6905 for more information about the qualifications of veterans and guardians, donations, or how to help.