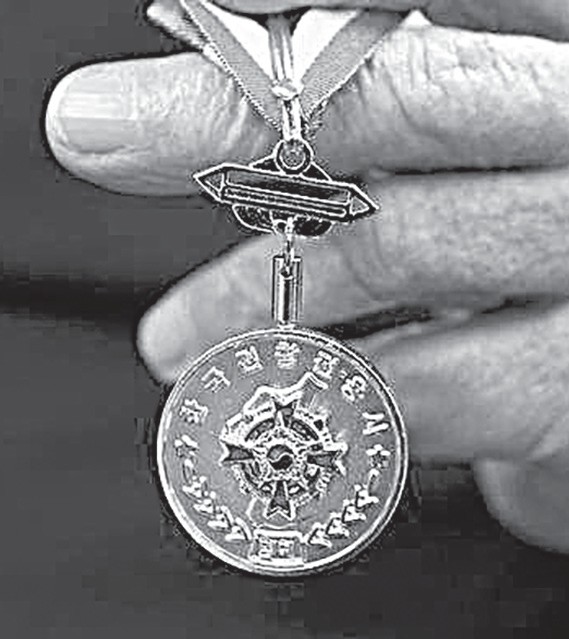 The Republic of Korea encourages all Korean War veterans to apply for the Ambassador for Peace medal. -photo courtesy venangoextra.com

The Alabama Department of Veterans Affairs is looking for veterans who served during the Korean War and may be eligible to receive the Korean Ambassador for Peace medal. The medal is issued by the Republic of Korea and can be awarded to any veteran who served at any time from June 25, 1950, through Oct. 25, 1954, in Korea whether on land, sea, or air. A copy of the veteran’s DD- 214 is required.

Amy Rhudy, curator of the Blount County Memorial Museum, was made aware of the medal by WCRL Swap Shop radio host Tim Chamblee. He discovered the medal through his research about Korean veterans. Chamblee is the master of ceremonies for the Blount County Veterans Day Parade. Korean veterans are this year’s grand marshals. The parade starts in Oneonta at 10 a.m. on Saturday, Nov. 3.

An application for the medal can be picked up at the museum. A copy can also be found at birminghammarines.net/PMAPP.pdf. The medal can be awarded posthumously. An awards ceremony will be scheduled at a later date, Rhudy said.