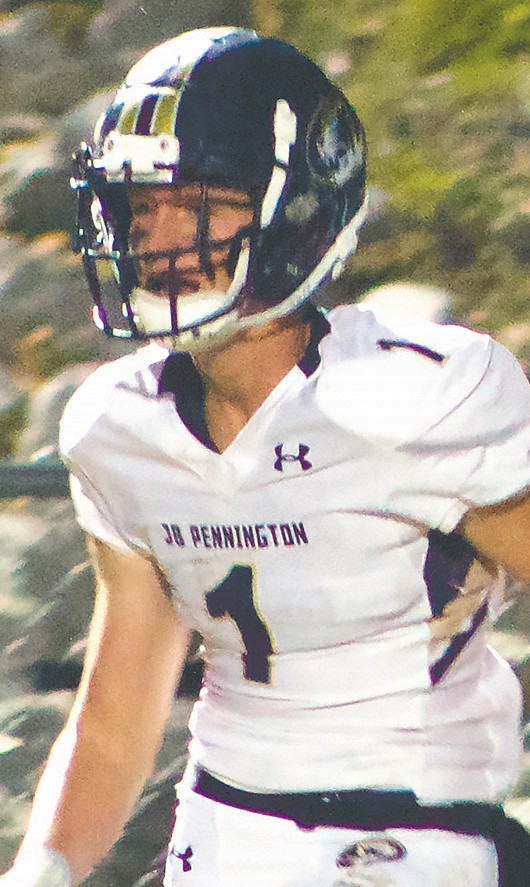 For the Redskins, Cayden Kritner, Kobe Harper, Luke Hodge, and Collin Moon are Class 4A First Team All-State. Colin Swindle was selected for the Second Team.

Headlining the 2A First Team offense is Cleveland’s senior QB Logan Washburn, who finished the season with 3,945 all-purpose yards and 59 touchdowns. He passed for 2,558 yards with 27 touchdowns and two 2-point conversions. On the ground, he racked up 1,387 yards, 32 touchdowns, and four 2-point conversions. Washburn is Blount County’s Larry “Pod” Patterson Player of the Year as well as the Class 2A Region 6 Player of the Year. 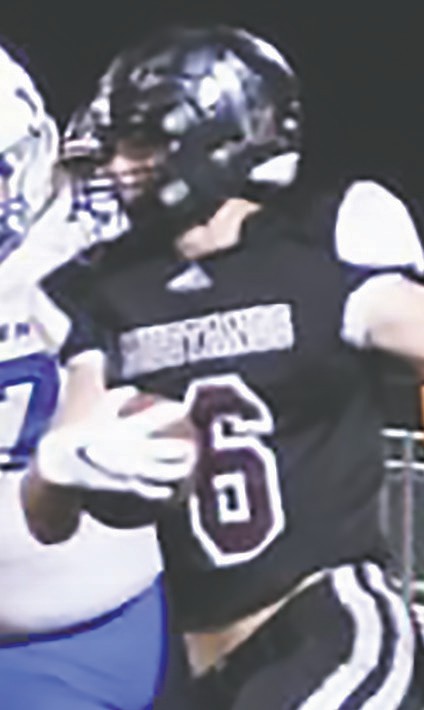 Cleveland senior WR Pierce Gilliland also landed on the 2A First Team offense. He finished the season with 2,023 all-purpose yards. He caught 100 passes for 1,491 yards and 11 touchdowns; ran for 196 yards on 32 carries, scoring five touchdowns; added 222 yards on kickoff returns and 5 yards on punt returns, scoring one touchdown; and he returned five interceptions for 109 yards. Gilliland is Blount County’s Co-Offensive Player of the Year as well as the Class 2A Region 6 Player of the Year and member of the North All-Star team.

Rounding out the First Team offense for Cleveland is senior OL Arturo Escamilla. Escamilla has been a four-year starter on the Panther offensive line. Gilliland had this to say about his star linemen, “I felt that throughout 15 games he was the best offensive lineman on the field. He was able to completely take over games by physically dominating defensive linemen and linebackers.” Escamilla is also a Blount County and Class 2A Region 6 First Team selection.

Tyler Smith, Panther junior RB, ran his way onto the 2A Second Team offense. He racked up 1,587 yards on 212 carries and scored 23 touchdowns. He added 100 yards receiving and one TD, 250 yards and 3 TDs on kick returns, and 19 yards on an interception return for a total of 1,956 all-purpose yards and 27 touchdowns. Smith is also a Blount County and Class 2A Region 6 First Team selection.

J.B. Pennington’s Jaxon Timmerman earned a place on the 3A All-State Second Team as wide receiver. The junior finished the season with 54 receptions, 687 receiving yards, and eight touchdowns. Timmerman was selected for both the Blount County and 3A Region 6 First Team offense.

Oneonta senior Cayden Kritner is a four-year starter on the Redskins’ offensive line and earned a place on the 4A All-State First Team offense. He’s played every offensive snap this season and half of the defensive snaps. He didn’t allow any sacks this season and finished with more than 50 pancakes despite playing with a stress fracture all season.

Senior DL Kobe Harper’s play this season landed him on All-State First Team defense. He finished the season with 124 tackles, six sacks, and 22 TFL. Harper is also a Blount County First Team defense selection. He was placed on the Class 4A Region 6 First Team offense as an offensive lineman.

Luke Hodge’s spectacular senior season earned him a First Team All-State defense nod as well. He led the county with 207 tackles and finished with three sacks, 27 tackles for loss, a fumble recovery, one blocked field goal, and one blocked extra point attempt. The Troy University commit has started for the Redskins the last four years and was named the Class 4A Region 6 Player of the Year as well as Blount County’s Co-Defensive Player of the Year. He was selected to play in the annual North-South All-Star game where he was named North MVP.

Oneonta’s senior RB Collin Moon finished with 2,928 all-purpose yards and was selected as a 4A athlete on campus. He ran for 1,599 yards and 23 touchdowns; caught 23 passes for 243 yards and a TD; had 502 yards and two TDs on punt returns; and had 530 yards and two TDs on kickoff returns. He aslo punted for 1,493 yards. This post season, Moon was honored as the Blount County Co-Offensive Player of the Year and First Team Offense All-Region as well as being selected as a member of the North- South All-Star football game.

Colin Swindle, Oneonta’s senior DE, was named to the 4A All-State Second Team defense. In his first year to play for the Redskins, he established himself as the team’s “cover guy.” Phillips said, “He’s been great. He gets their best receiver in man coverage and they didn’t throw his way through the playoffs.” He finished the season with 98 tackles, three TFL, and six interceptions. Swindle was also Oneonta’s leading receiver with 43 receptions for 396 yards and four TDs. Swindle was selected as both a First Team All-County offense and First Team All-Region offense wide receiver.

The yearly All-State team is selected by the ASWA’s prep committee through coaches’ nominations sent to local sports writers. The ASWA’s prep committee will name three finalists for back and lineman of the year in each of the seven AHSAA classifications and the AISA on Dec. 26. That group will be honored at the annual Player of the Year banquet in Montgomery on Jan. 13, 2022, where the back and lineman of the year in each class will be announced as well as the state’s Mr. Football.