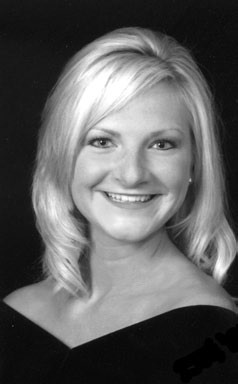 KALI FAYE SMITH of Locust Fork will graduate as valedictorian of the class of 2009 at Locust Fork High School and has been awarded a full-pay academic scholarship to Wallace State Community School. During her senior year, Kali was elected “most likely to succeed” and senior class secretary. She was also a member of Mu Alpha Theta national honor society, served as secretary of the Student Council, and was elected captain of the varsity cheerleading squad. Kali is the daughter of Mike and Donna Smith of Locust Fork.