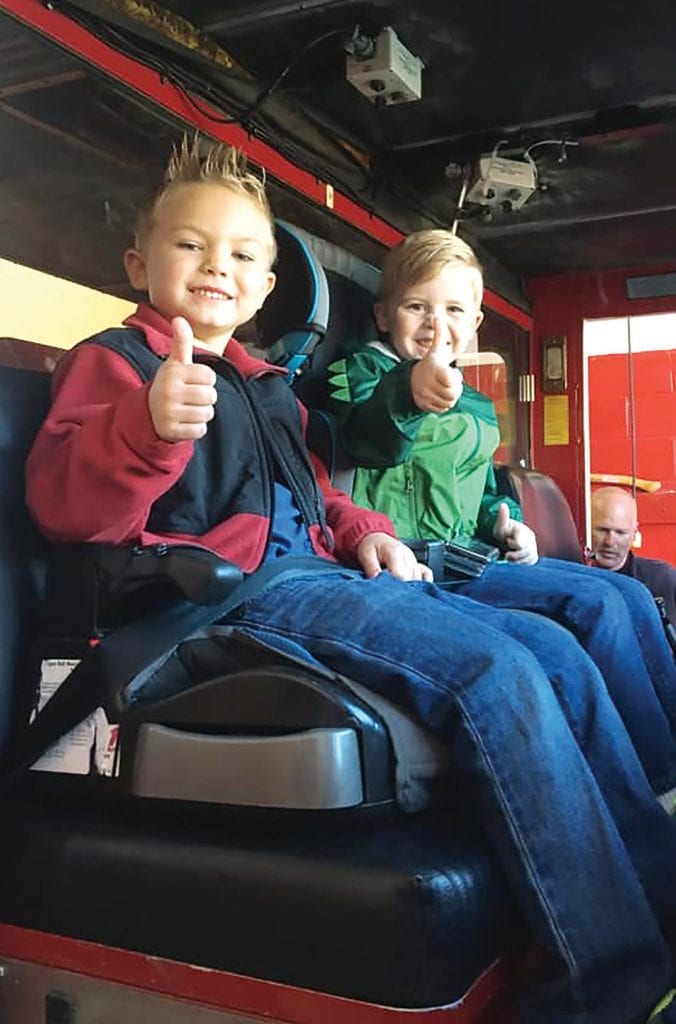 While most students ride to school on the big yellow bus or by automobile, two lucky young men were able to experience the ride of a lifetime on Thursday, Nov. 6, when they arrived in style at Oneonta Elementary aboard a tiller fire truck.

According to a Facebook comment, “two of the cutest little firemen ever” arrived at school with big smiles on their faces. Community Risk Reduction Officer Jonathan Ledbetter said both the winners, as well as the firefighters, were excited. He commented, “Some firemen work their entire career and never have the opportunity to ride a tiller fire truck.”

There were some initial concerns that taxpayer money was used for this event; however, that is not true. Ledbetter confirmed the fire truck is privately owned, and the truck owner provided the fuel used. In addition, firefighters volunteered to be a part of this event and were not on duty for this special day for Hudson and Glenn.

Now, let’s clear up the difference between a fire engine and a fire truck. They are not the same. A fire engine, which is able to pump water, is usually the first vehicle on the scene. Tiller fire trucks, also known as hook-and-ladder-trucks, are auxiliary vehicles that carry tools such as ground and aerial ladders. This vehicle primarily focuses on more supportive tasks, such as roof ventilation and monitoring the fire’s movement, than directly fighting the flames. Regardless of what type truck was used to transport the winners to school, they definitely arrived in style.