ON AN ANONYMOUS TIP... 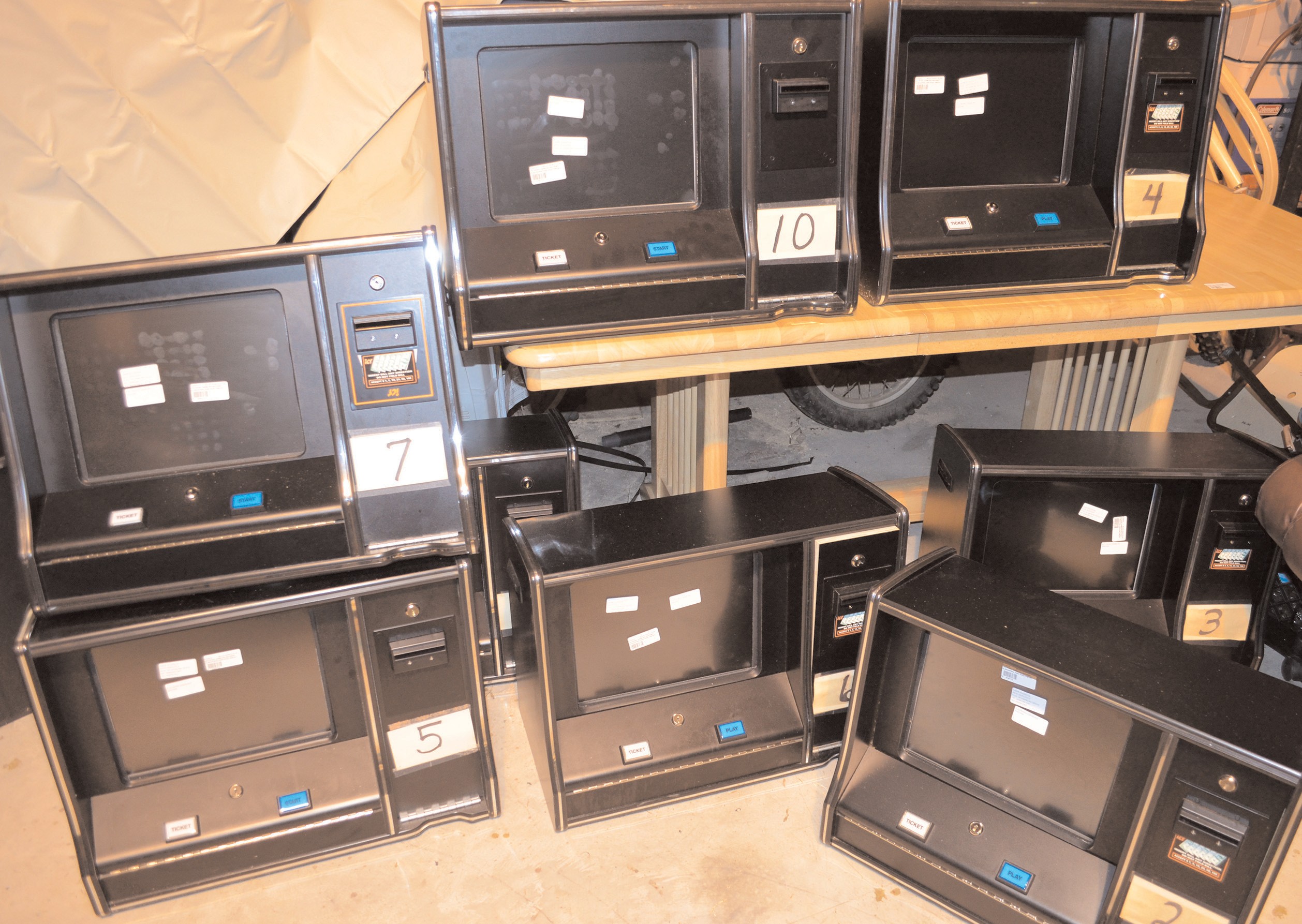 Ten gambling machines were confiscated by the Blount County Sheriff’s Department in a raid and arrest at a residence near the Blount-Jefferson County line last week. To the untrained eye, the machines look harmless enough – somewhat like out-of-date television sets.

Sheriff’s deputies executed a warrant last Thursday evening at a residence off Ala 79 south of Locust Fork, confiscating 10 gambling machines, about $7,900 in cash, and records relating to the gambling operation, according to captain Larry Dabbs of the Blount County Sheriff’s Department. The house was located on Goodwin Road, near the county line.

“The house was set up exclusively as a gambling place,” Dabbs said “No one lived there.”

A woman at the scene, Marlene Day, 59, was arrested on multiple counts of possession of gambling devices, according to investigator Jason Paul, who participated in the raid.

“It was a typical underground gambling casino,” Paul said. “It had been in operation about six months, and apparently averaged several thousand dollars a month in proceeds,” he said.

The warrant was issued and the raid made on the basis of an anonymous tip received by the Sheriff’s Department, Paul said.