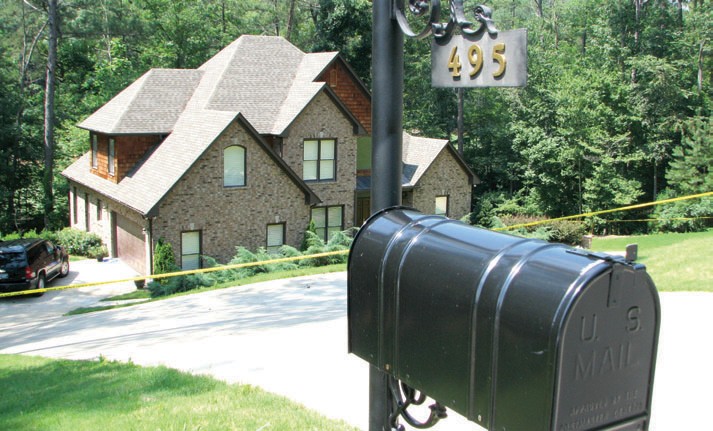 The body of 37-year-old Michael Shannon Watkins was found in his home on St. Andrew’s Parkway at Limestone Springs.

Almost one year after his death, an arrest has been made in connection with the death of Michael Shannon Watkins.


Mokaddes Hassan Khan, 31, was arrested May 25 just outside of Atlanta by the Forsyth County Sheriff’s Department. He is charged with murder.

Watkins, 37, was found dead in his Limestone Springs home on June 17, 2009. An autopsy revealed that he died of a single gunshot wound to the head.

Khan waived extradition and was picked up by officers of the Oneonta Police Department and returned to Blount County. He is being held in the Blount County Jail on a $1 million cash bond.

Oneonta police chief James Chapman says that although an arrest has been made, the investigation is continuing.