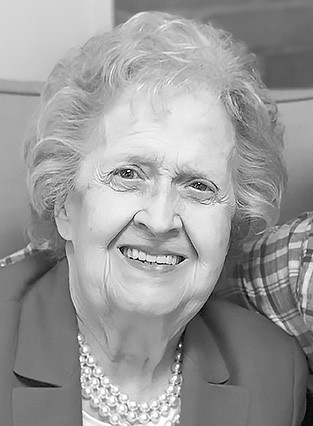 ARNICE STEPHENSON BATY, 94, Hoover, passed on to her heavenly home on Oct. 19, 2020. She was born in Cleveland and lived most of her life in the Birmingham area. She is preceded in death by her parents Newt and Edna Richards Stephenson; brothers Brice, Oscar, and Talmadge Stephenson; and sisters Ottis Stephenson Lochamy, Vergie Stephenson, and twin sister Bernice Stephenson Tidwell.

She was married to Glenn Baty of Locust Fork. She graduated from Woodlawn High School and attended Troy University. Mrs. Baty retired from the Alabama Department of Mental Health, Glenn Ireland Center. She was a member of First Baptist Church of Hoover. She will be missed and remembered well as a friend and loving mother. She was a blessing to her children and grandchildren who brought her so much joy. As we say goodbye for now, we are comforted knowing that she carried our love with her as she passed from this life.