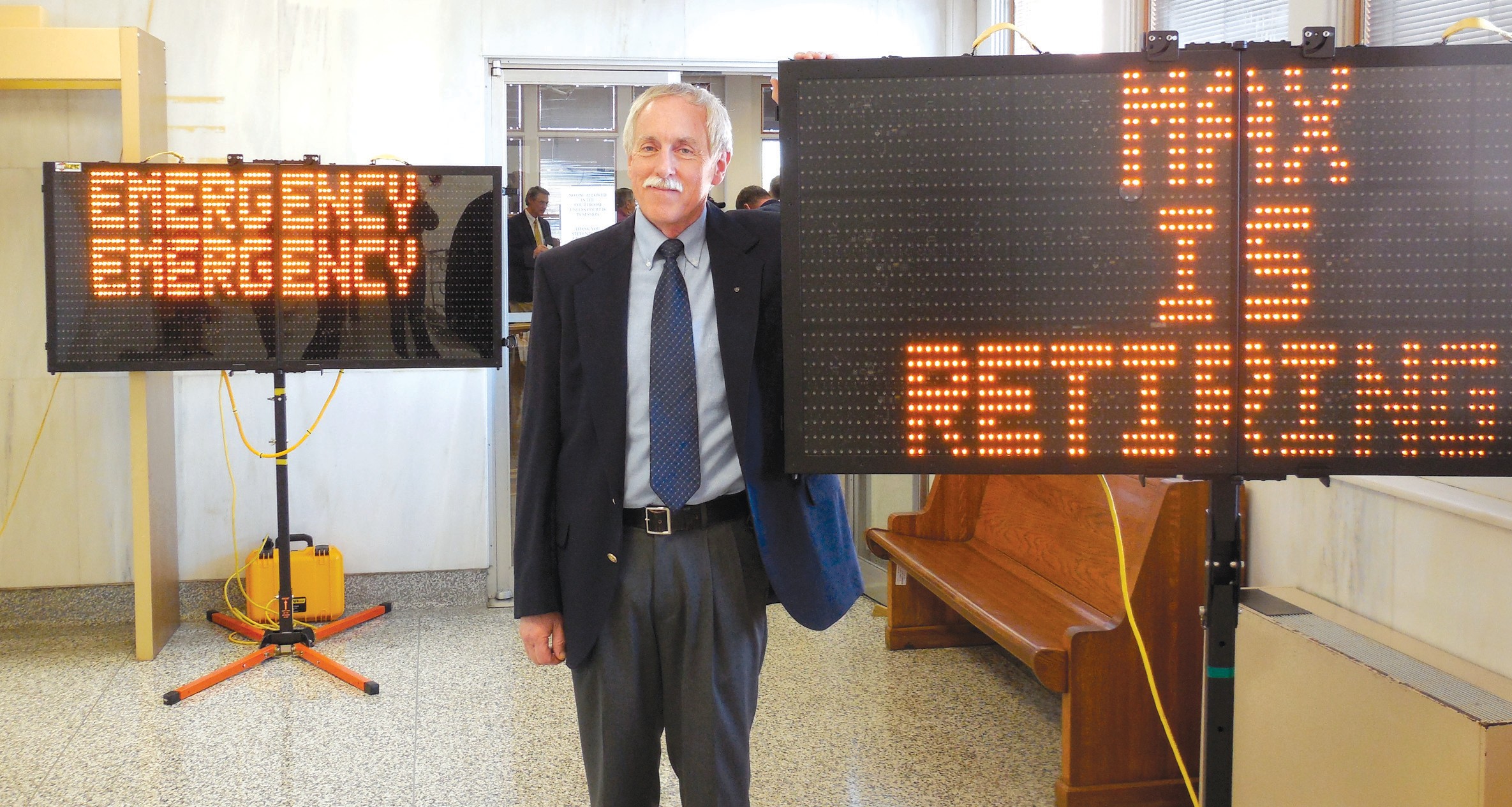 Numerous officials, friends, family, and coworkers of Max Armstrong filed into the Blount County Courthouse to celebrate his retirement on Friday. After 22 years of serving Blount County, the Emergency Management Agency (EMA) director stepped down from his post to begin a new chapter in his life.

“I’ve been trying to talk Max out of doing this,” said Probate Judge Chris Green, who was among one of the speakers during the retirement party. “They say if you live your whole life and are able to count five true friends, it is a great accomplishment, and I can call Max one of those people. He’s the kind of person who never imposed his advice but if you asked, he was always willing to help. He is a living example that charity never fails.”

Armstrong began working as the agency’s director in November 1992 and later took on dual roles when he became the 911 director.

Since his retirement announcement, Caleb Branch has taken over as the 911 director. The EMA director position was filled earlier this week (See commission story on front page.)

“The person who takes Max’s place will have big boots to fill, not shoes, boots,” said current chairman of the 911 board Tim Kent. “He has been here a long time, and now we have one of the best centers in the state and one of the best directors in the state. We are who we are today because of Max. As citizens of Blount County, there isn’t enough we could say to repay Max for the service he has provided.”

State EMA Director Art Faulkner echoed the other speakers with his praise of Armstrong.

“He is a man of very few words, but big actions,” Faulkner said. “I’ve seen him mad before, but it’s not much different than how he normally is. It just means he’s determined to make sure everyone understands what his passion is about. When Max speaks, you better listen.”

Each of the speakers presented Max with certificates and honors, all commending him for his outstanding service. With urging from those in attendance, Armstrong also spoke during the event. However, his words didn’t focus on himself, but those who had assisted and supported him throughout the years including EMA deputy director Doug Smith, 911 assistant administrator Regina Wilson, and county office personnel.

“I believe the most thanks goes to my wife, Anne, but support has come from everywhere,” Armstrong said.

His speech was followed by a standing ovation.