Are the Tigers ready for 4A? 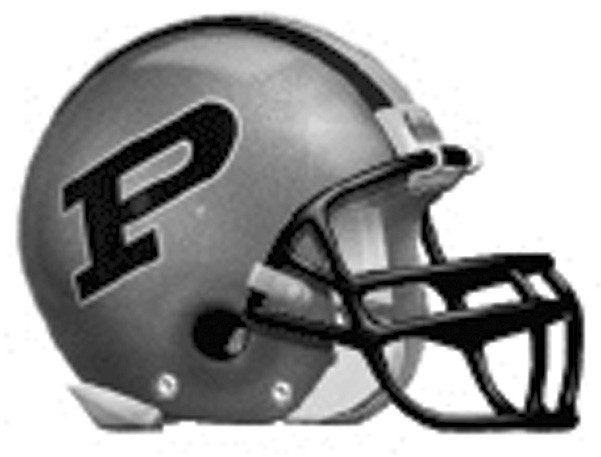 Keith Garner begins his third year at J.B. Pennington with a brand-new region (4A Region 7) and a brand-new schedule (lots of first-time opponents).

Under Garner, Pennington has gone 4-7 and 3-8 and made the playoffs both years. However, the Tigers make the jump from 3A to 4A this year.

The Tigers return some talented skill players at key spots but the development of the big guys and the improvement of the defense will decide the fate of the boys from Blountsville. Region 7

As we talked about the last couple of weeks with Locust Fork and Oneonta, Region 7 is not exactly loaded for bear – at least going off last year’s numbers.

Oneonta (14-1) is the defending 4A state champion but the Redskins lost a lot of great players to graduation. 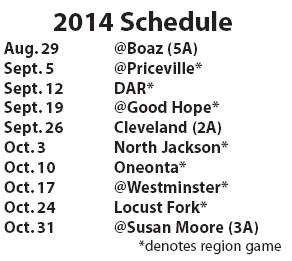 Locust Fork (6-4) might be ready to make the next step and North Jackson (2-8) appeared to have gotten their groove back in the spring.

A quirk of the schedule means that all three will come to William R. Sutton Memorial Stadium in the second half of the season.

Priceville (4-6) in Week 2 will be a nice measuring stick, at least as to how the Tigers will be able to handle 4A competition.

DAR (6-5) will come to town in Week 3 for the home opener and the Patriots will bring a physical, hard-nosed “run the ball down your throat” style with them.

A trip to Good Hope (7-4) to close out the first half of the region schedule will give the Tigers a chance to beat a rebuilding team that is moving up to 4A for the first time in a while.

The second half of the region schedule should be a lot tougher than the first half with North Jackson, Oneonta, and Locust Fork all coming to town.

A trip to Westminster (5-5) in Week 8 is probably a must-win. Non-region

Opening at 5A Boaz will not be easy. However, the Pirates are not exactly setting the world on fire.

Longtime-assistant Eric Whaley moved up to head coach last year and his first team struggled to a 2-8 mark. The Pirates have some talent but they are a long way from being considered a 5A playoff team.

The Tigers were able to keep Cleveland on the schedule and the 2A Panthers will visit Week 5.

Cleveland moved back down to 2A from 3A and the Panthers are expected to be very good at the skill spots. That said, Gardner Gilliland’s team lost a lot of linemen on both sides of the ball.

Finally, Pennington will close the year with a trip to Susan Moore.

Bubba Jennings’s Bulldogs struggled through a 2-8 season a year ago but one of the wins was a 30-27 victory over the Tigers in Blountsville to close out the regular season. By the numbers

Pennington’s opponents were a combined 56-62 a year ago. Oneonta, DAR, and Good Hope were the only teams on the schedule to make the playoffs.

And your name is?: The Tigers have never played DAR, Priceville, North Jackson, or Westminster Christian.