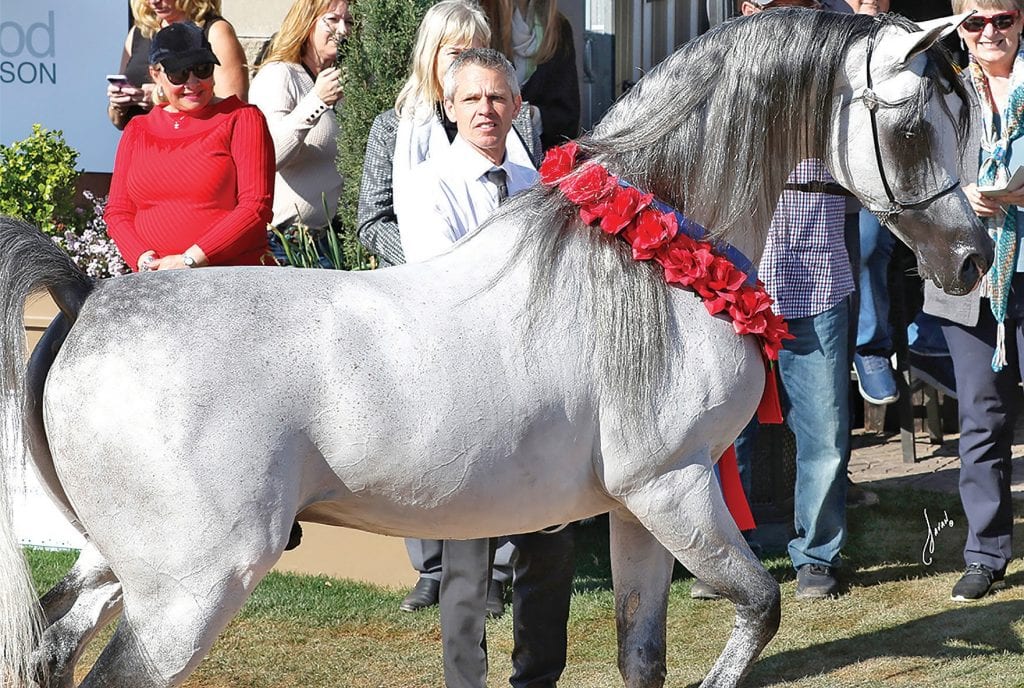 More than four years ago, Ted Carson began looking for a home to build a horse training and housing facility. He had his business in North Carolina for 22 years and wanted to make a move. Carson’s search ended when he purchased 252 acres in Allgood. The fully wooded site was developed into what is now Ted Carson Arabian Horses, LLC.

Carson, 49, developed a love for agriculture at the age of 14.At one point, he worked on an Arabian horse farm. That set off a love for horses, and, in just a few short years, he had his own horse training facility.

Carson is recognized worldwide in equestrian circles. He now judges Arabian horse shows worldwide, educates judges on Arabian horses, as well as shows horses all over the world.

Located just off Old Highway 75, the horse venue has developed into five barns with 66 stalls, several pastures, a training arena, and Carson’s home. The facility currently houses 80 horses from places such as Qatar, Brazil, Austria, and Israel. While most horses are housed in the barns, some live and roam in the pastures. 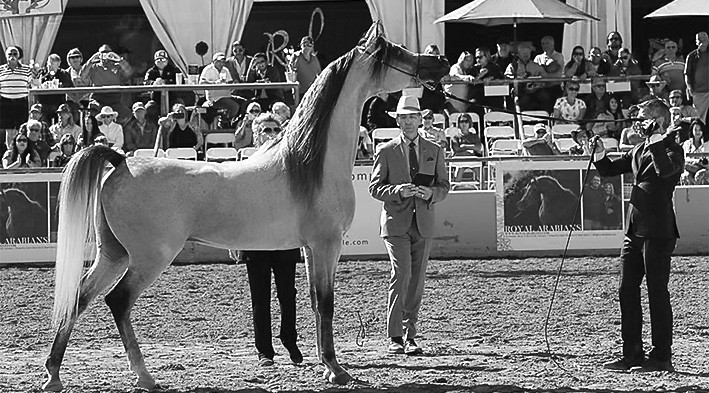 Although all the horses at the facility are special in their own way, one horse from Carson’s facility was the highlight of the Scottsdale Arabian Horse Show. Under the leadership of Carson, 6-year-old Exxalt took first place in the show in late February. The Scottsdale, Ariz., show is the largest Arabian horse show in the world, and to win this show is a huge honor.

The horse barns are filled to capacity at this moment and are a beautiful sight to see. The horse stalls are well kept and clean. Although the barns are not heated, the horses are blanketed as needed, and are kept very comfortable. The barns even have treadmills to help in the training process. The horses are taken out daily for fresh air and exercise.

Ted Carson Arabian Horses, LLC not only houses and trains horses, they also collect and sell semen for breeding purposes. Each Monday, Wednesday, and Friday, it is collected and shipped.

Like me, others want to know, “Why Allgood?” Carson said Allgood is beautiful, and is the perfect site for housing horses. Because the business collects and ships semen, the venue has to be 30 miles from the airport and located near a major highway. (They are 29 miles from Birmingham Shuttlesworth International Airport and just off Ala 75.)

Carson uses #Allgood for Instagram posts, statements, and questions. The catchy name is part of his campaign. When the facility brand names the stallions, they also use Allgood as part of the horse’s name. People all over the world know about Allgood, Ala. Allgood has literally been put on the map in the equine world.

At the end of February, Allgood Avicii won the signature award as Gold Champion at the Scottsdale event. It was even more special to Carson. His 15-year-old daughter, Michaich, was in the ring for the exhibition and earned $15,000 for the owner.

Allgood Avicii is special to the Carson family in another way. Over a 20-year span, the family bred Allgood Avicii’s grandmother and mother, ultimately producing a beautiful, winning horse in the worldwide business/hobby/sport of equestrian shows.

The venue has helped the local economy and employs more than 16 people, most of who reside in Blount County. There are a couple of employees with specialized jobs who reside elsewhere.

Carson has plans for the future as more of the 252 acres are developed. There will be additional riding trails, and Carson is even considering building some Airbnb cabins for those who want to get away and enjoy the outdoors.