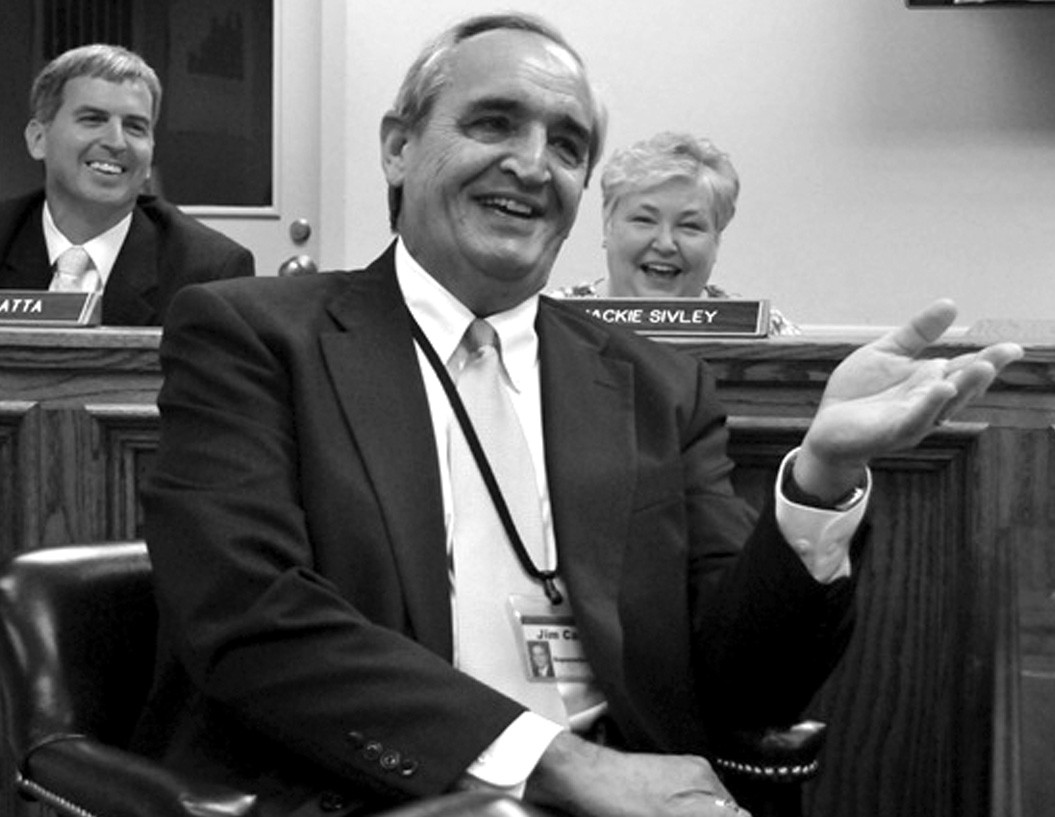 Blount County Supt. Jim Carr, pictured with board members Chris Latta and Jackie Sivley, was a surprise honoree during Monday’s meeting of the Blount County Board of Education. A delegation from Appalachian School addressed the board at the beginning of the meeting and the group asked the board to formally change the name of Eagle Stadium to James Carr Stadium. Carr, who has been superintendent of Blount County schools for 10 years, was principal at Appalachian for 27 years. “The years that Brenda and I spent at Appalachian were the best years,” he said. “I’m so thankful of the people we got to meet and spend our lives with. We raised our children ( Jennifer and Dusty) there and I’m so appreciative of the lives we had there. I’ve been superintendent here for 10 years and I’ve enjoyed all the people here (in the central office) but those year at Appalachian were the best in my life.” The small boardroom was crowded with well-wishers and Carr thanked everyone who attended the emotional meeting. The meeting was chaired by Gregg Armstrong, who resigned from the board to assume duties as Blount County revenue commissioner. Appalachian principal Mark Hitt said that the school will have a dedication ceremony prior to Appalachian’s homecoming game with Southeastern on Oct. 12. – Rob Rice