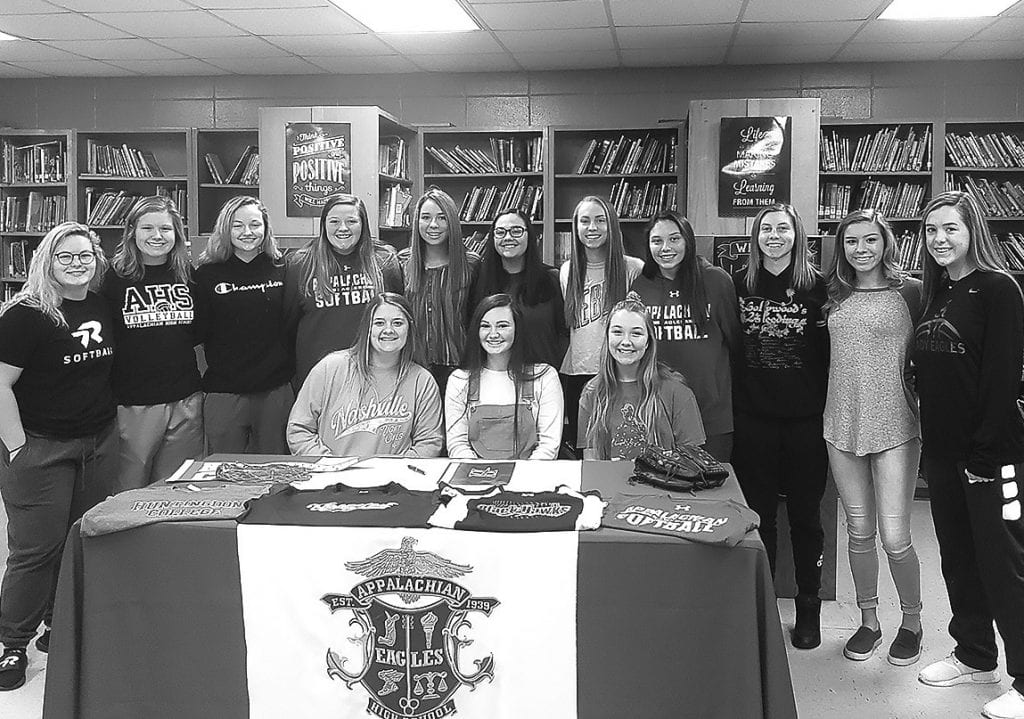 Ashley Whittington signed a softball scholarship Nov. 25 with Central Alabama Community College in Alexander City. Whittington plays basketball and volleyball as well as softball at Appalachian. She has played softball since kindergarten (rec league and school teams) and has been working toward her goal to play at the college level. “I want to thank everyone who has helped and pushed me through the years,” she said.

Whittington is the daughter of Neal and Lisa Whittington.

Elise Maddox (pictured at left with team members and coaches) signed a national letter of intent Dec. 5 to play softball for Huntingdon College in Montgomery. She will be attending on an academic scholarship. Maddox has played varsity softball at Appalachian for six years. She is excited about her senior season saying, “I am grateful to have the opportunity to play with such a talented group of girls.”

Maddox is the daughter of Greg and Jaime Maddox. 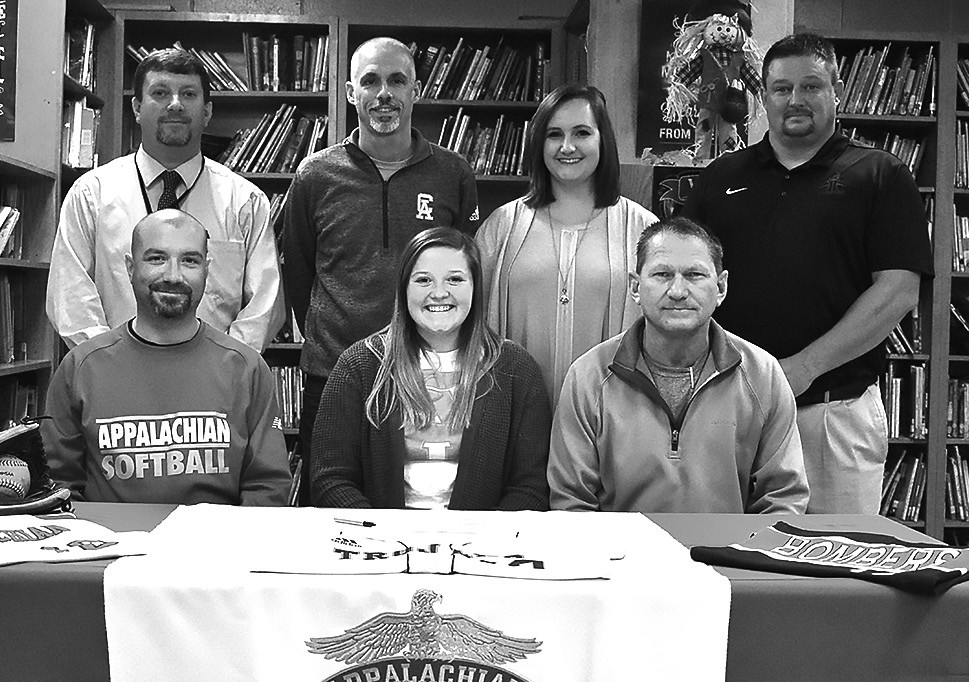