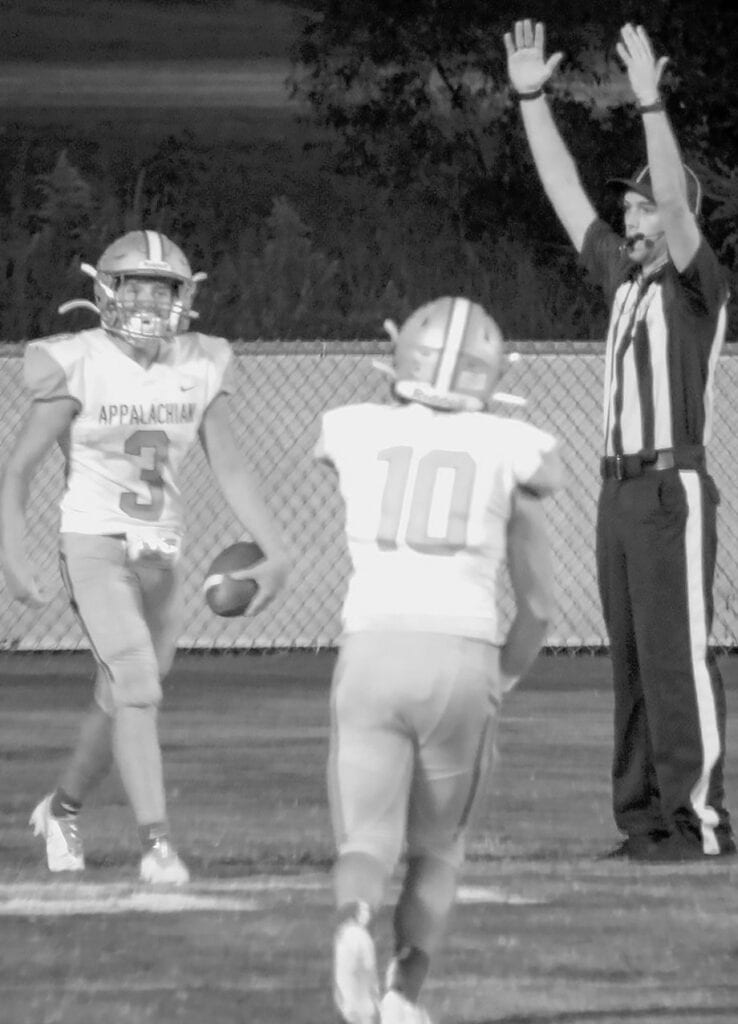 Appalachian got the ball first and was driving downfield when Sumiton intercepted Chase Payne’s pass returning it 64 yards for the game’s first points. A successful two-point conversion made it 8-0. On Appalachian’s next drive, Payne went down with a leg injury bringing in Logan Baswell.

Both defenses settled in with neither team scoring again until Sumiton found the end zone early in the second quarter on an 8-yard run. They added the extra two points for the 16-0 lead. Appalachian wasn’t giving up, though. Baswell hit Bryson Seawright in stride as he made his way into the end zone for a 68-yard TD. They couldn’t convert the two-point play, but were on the board with the score of 16-6. Sumiton, however, would add eight more points before the end of the half giving them a 24-6 lead heading into the locker room.

After a scoreless third quarter, Appalachian found the end zone again early in the fourth. Baswell got his second score of the game, this time on a 14-yard run. He completed the play running it in for the two-point conversion cutting Sumiton’s lead to 10. But, the Sumiton defense kept Appalachian out of the end zone for the remainder of the game while the offense added one more touchdown and two-point conversion for the 32-14 final.

Appalachian has been hit hard by injuries this season. Payne is the seventh starter to go down. He will be evaluated throughout the week and may be able to return to action this week. Despite the four interceptions, the Eagles’ offense finished the game with 241 total yards.

Baswell ended the night with 159 yards passing and 25 rushing yards, two touchdowns, a two-point conversion, seven tackles, and a forced fumble. Seawright finished the game with four receptions for 104 yards and a touchdown plus another 130 on the ground. On defense, he recorded 13 tackles with one for a loss. Aiden Driggers caught three for 29 yards with one tackle. On defense, Brian Downs ended the night with 12 tackles; Paco Jiles had nine; Williams had eight, and Braden Tuttle had seven.