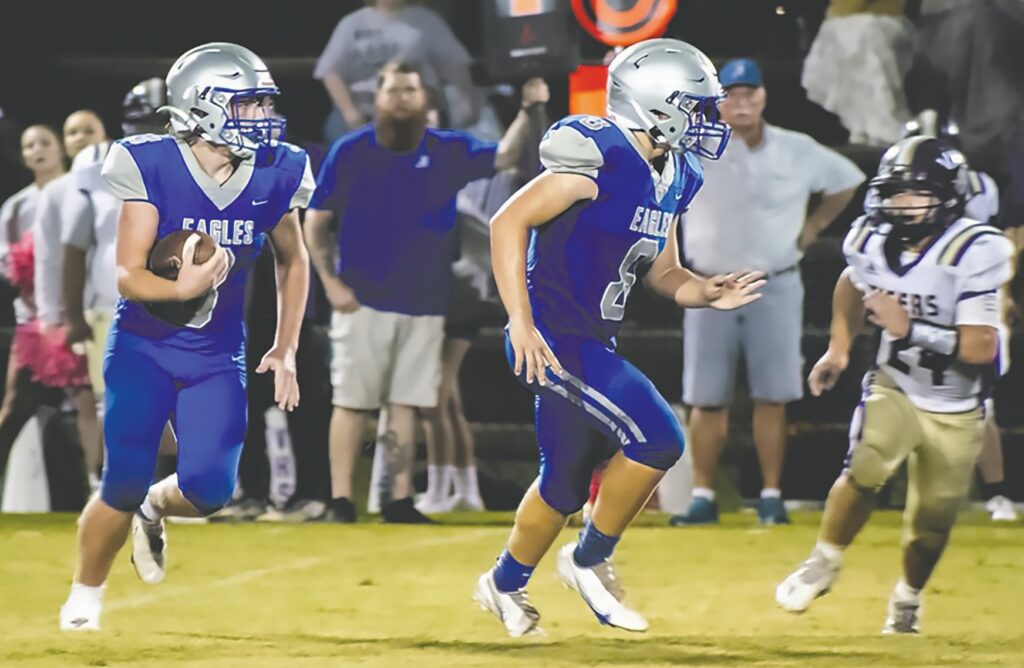 Appalachian got its first win of the season with a 62-14 victory over Woodville. The Eagle’s finished the game with 746 total yards. They passed for 173, ran for 470, and had 103 return yards.

The Eagles scored three times in the first half. Shawn Curtis ran for a 3-yard touchdown while Garrett Helms ran one in from the 15 and another for 80 yards. Brandon Atkinson hit two extra points giving the Eagles a 20-0 lead at the break.

In the second half, the Eagles blew the game open scoring six more touchdowns. Curtis ran for three, scoring on a 14-yard run, a 15-yard run, and a 52-yard run. Helms ran one for a 50-yard score. He also caught a Curtis pass for a 67-yard TD. Chase Payne caught a 45-yard touchdown. Atkinson hit all six extra points to make the final score 62-14.

Payne’s 93 rushing yards put him over 2500 for his high school career. He added 45 receiving yards with one touchdown. Curtis passed for two touchdowns while throwing for 173 yards. He ran for 89 yards scoring four more touchdowns. Helms finished with 382 total yards and three touchdowns. He ran for 205, caught four for 94 yards, and added 83 on kick returns. 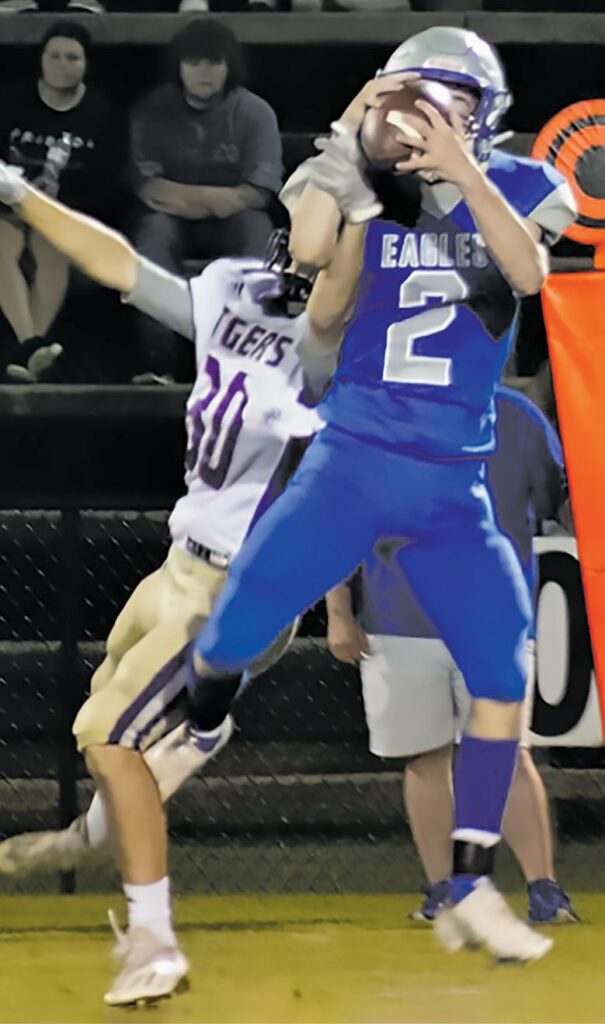 Evan Wills (2) hauls in a pass despite a Woodville defender’s best effort to break up the play. -School Sports Photography | Traci Price

With the win, the Eagles are now 1-7 overall and finish with a 1-6 record in 1A Region 7. Appalachian closes their season on the road against county rival Southeastern Friday night.