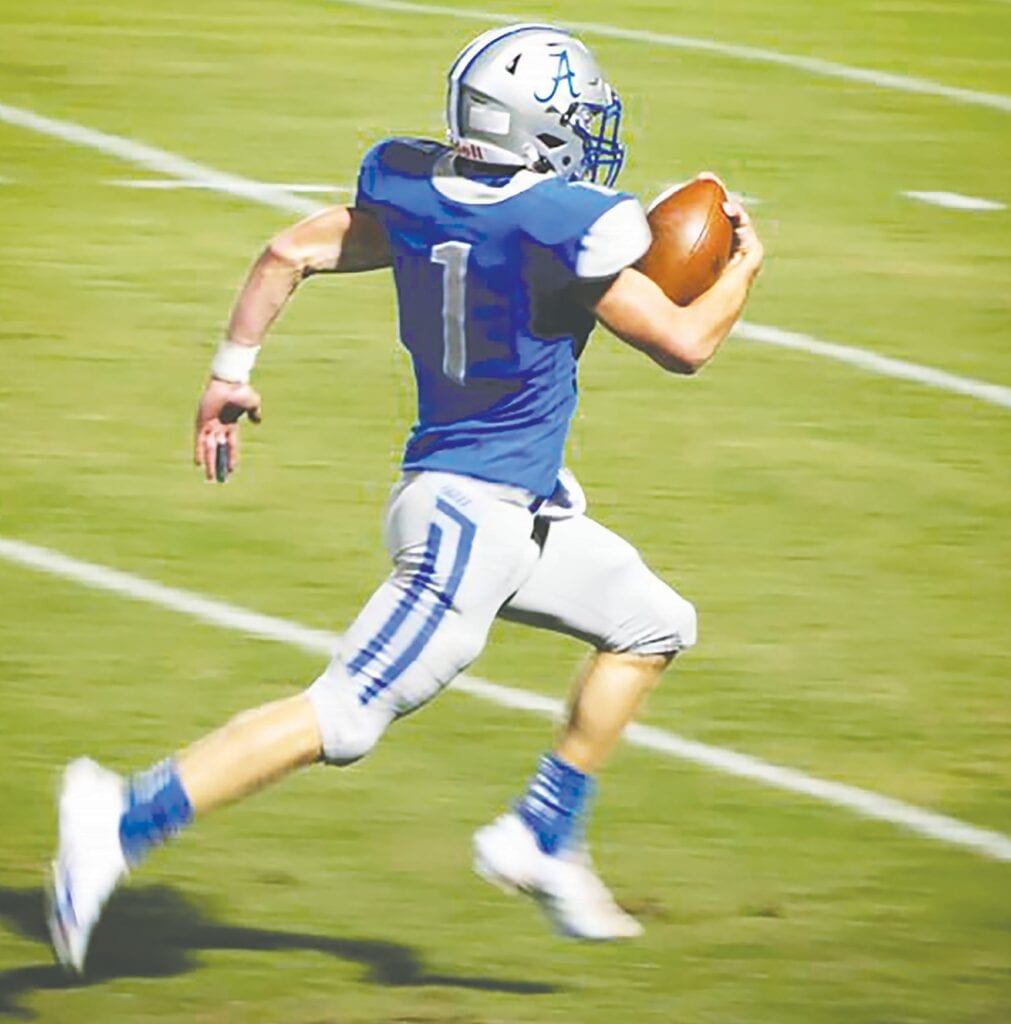 The Appalachian Eagles topped off a special homecoming week with their first win of the season beating region rival Coosa Christian 56-15. They dominated on both sides of the ball racking up 554 yards on offense while only giving up 143.

A 23-yard pass from Chase Payne to Aiden Driggers put the Eagles on the board first. Payne ran for the next two scores, the first from 3 yards out and the second from 4 yards. Damian Zavala missed the first point-after and they failed to convert the two-point conversion on the second TD, but Driggers ran it in for the two-point conversion on the third giving the Eagles a 20-7 advantage at the end of the first quarter.

In the second quarter, Payne hit Paco Jiles for 21 yards and the team’s fourth touchdown. Driggers ran it in for his second successful two-point conversion on the night. Bryson Seawright’s 1-yard push into the end zone gave the Eagles five scores. Jiles broke the plain to tack on the extra two. The Eagles headed to the locker room up 36-7 at halftime. 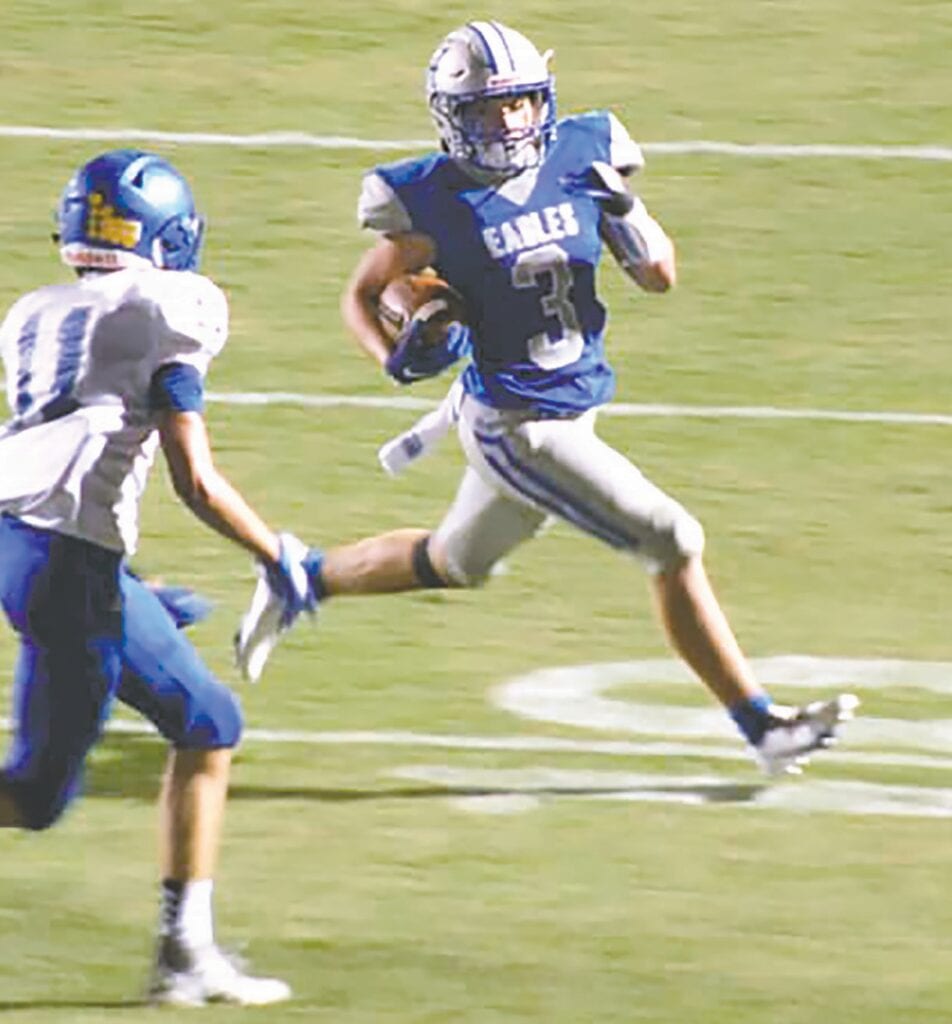 The Eagles didn’t let up in the third, scoring two more times. Payne connected with Jiles again, this time for a 21-yard touchdown. Seawright then ran it in from 11 yards out. Zavala missed the first PAT, but his second one of the quarter split the uprights. The Eagles headed into the final period up 49-13.

Brian Downs scored the game’s final touchdown in the fourth on an 8-yard run. Another good PAT off the foot of Zavala gave the Eagles a 56-13 advantage. A late safety gave the Conquerers another two points for the final score of 56-15. 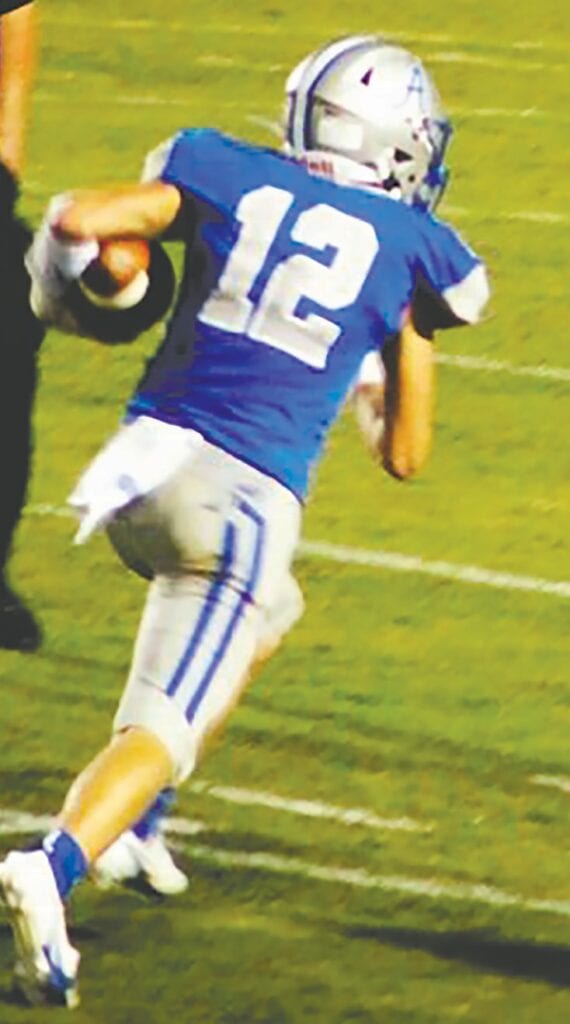 Other Eagle players gaining some yardage were Logan Baswell with eight rushes for 41 yards and Downs with six rushes for 44 yards and a score. Jiles finished the game with three receptions for 76 yards and two touchdowns, while Driggers caught two for 39 yards and one touchdown.

Appalachian (1-2 overall and 1-1 in region play) heads to Walnut Grove this Friday for a non-region matchup against the West End Patriots (3-2). Kickoff is at 7 p.m.