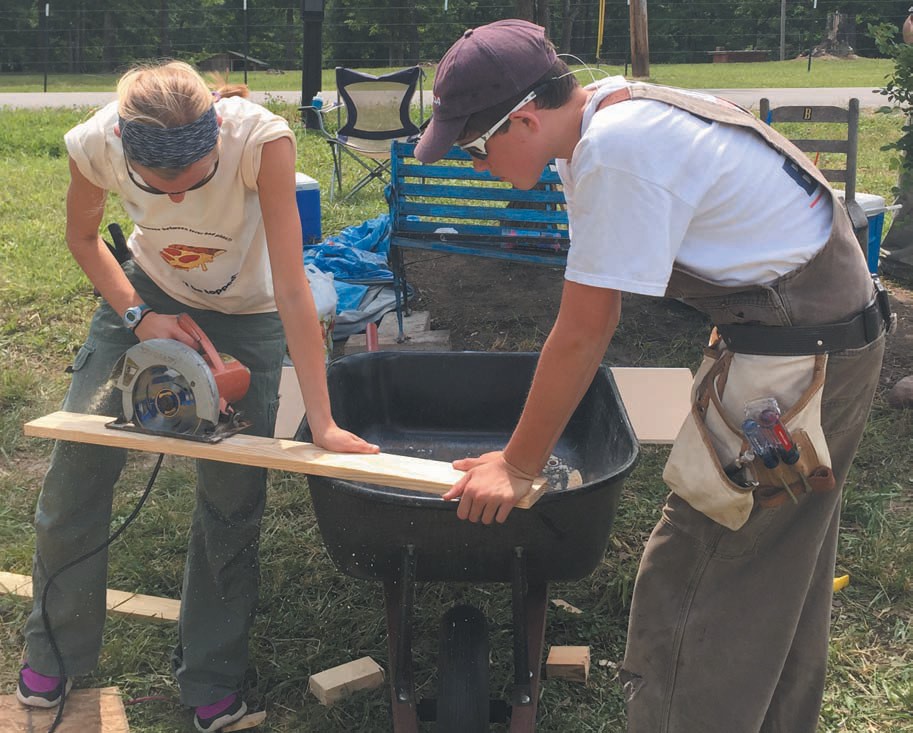 This is the 29th year Lester Memorial United Methodist Church (LMUMC) sent teams to help with the Appalachia Service Project (ASP). ASP is committed to helping fix homes and minister to the less fortunate residents in the Appalachia area. Over the last 29 years, teams from Lester Memorial have been sent to Virginia, West Virginia, Tennessee and other states. The teams have the chance to meet new people from other areas of the country and fellowship with them.

This year the ASP group went to Fentress County, Tenn. They were there with youth groups from Louisiana, Wisconsin, Illinois, and Tennessee. All groups were housed in the Allardt Elementary School. Skyler Jones, youth minister of LMUMC, spent his time between the groups and helped minister to the families they helped and to the students and adults on the trip.

Team 1 replaced old windows with brand new ones on one side of a home. They also put vinyl siding on the home, which is no easy task. They worked from 9 a.m. until 4:30 p.m. each day.

Team 2, led by Neal Brooks, included students Ashton Brooks, Rece Dobbs, Royce Hefley, Allison Hullett, Natalie Key, and Macey Wallace with Aimee Wilson and Kristi Brooks as the adult members. Team 2 had to rip up and replace all the flooring in a mobile home.

Jones and the groups were so impressed with the people they helped. “The people we built for were so amazing and so kind. Getting their homes repaired for free gives them hope,” stated Jones.

The weather was very hot, but not too humid. The teams woke up early, worked at the job sites, and came back to the school to eat and have evening gathering, a devotion or an activity that included the youth.

Next summer marks the 30th anniversary of LMUMC/ASP mission trips and it should be a special year. In March of 2017, all who have ever been on ASP mission trips will be invited back for a huge celebration. Those who have served never forget how fortunate they were to go help the people of the Appalachia area.

Jones said, “I went on ASP as a youth. The work hasn’t changed, but now I’m responsible for the youth. It’s amazing to see the youth experience the presence of God like I did at their age.”