And the rains came… 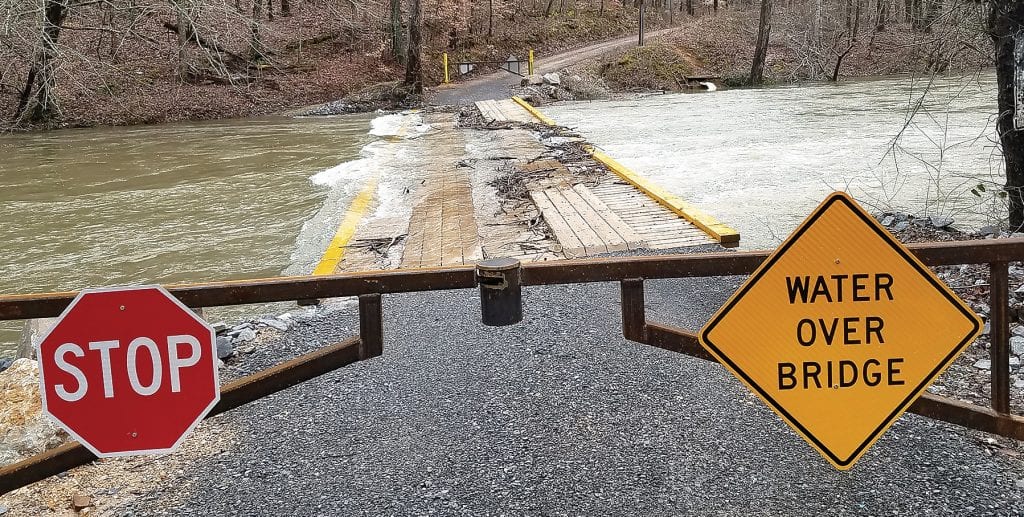 House Road off County Highway 15 was closed for a time last week due to excessive rain and flooding.

Blount County was inundated with rain over an eight-day period in mid February. It seemed as if the rain would not end. Finally last Sunday, the sun broke through the clouds and began the slow process of drying out the saturated land.

Blount County EMA director Don Roybal said as of Monday their agency does not have an official rainfall total for the past seven days, but estimated the total to be between three to four inches. Local resident Scott Fendley recorded 8.17 inches at his Oneonta residence during the week-long rain event.

Roybal reports several roadways became impassable and were closed throughout the county due to flooding. In addition to road and culvert damage, there were several downed trees across roadways due to saturated grounds that could no longer support the root system anchoring the trees. District shop employees and fire departments have been busy clearing roadways and making repairs to ensure the safety of travelers.

For up-to-date relevant information from local safety departments, including road closure information, and school information, visit www.nixle.com and sign up for these updates. You can also become a Nixle subscriber using a mobile phone by texting your zip code to 888777.