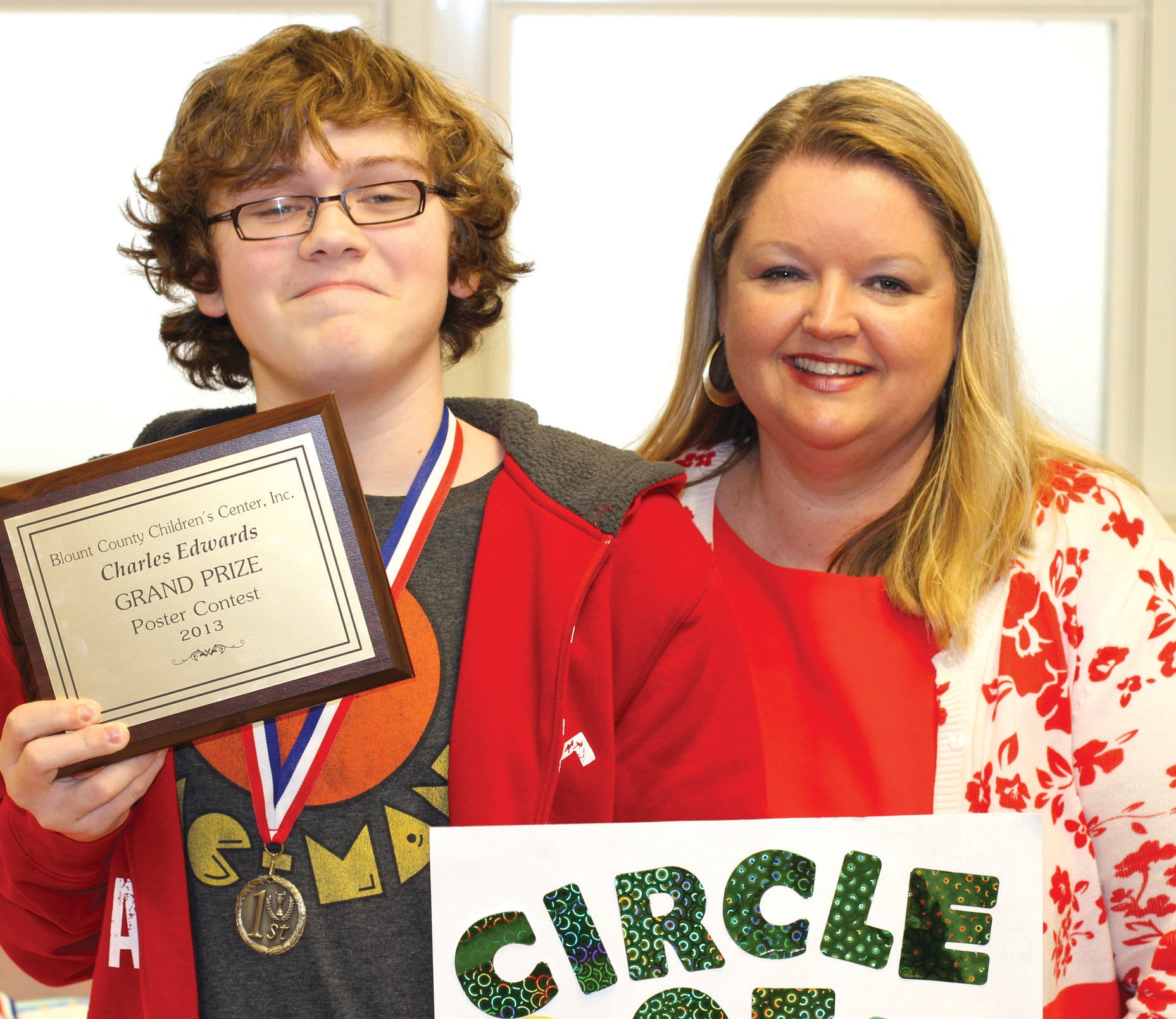 Charlie Edwards of Southeastern School was the overall grand prize winner in the Blount County Children’s Center’s annual poster contest. The reception for winners in each grade was hosted by District Judge Sherry Burns. As shown above, both were proud of the outcome. His poster’s theme was “Circle of Safety.” It showed all the trustworthy people – parents, teachers, preachers, policemen, counselors, and others – a child can trust with a dark secret like child abuse. Facts on child abuse – 99 abuse cases last year in Blount County – 90 percent plus were female children. All were abused by a family member, relative, or well-known acquaintance. In over 15 years of dealing with child abuse, no cases recalled by the staff of abuse by a stranger, according to executive director Jim Ed Clayton. Bad news: already 50 reported cases this year, well above last year’s average for this time. Good news: you can fight abuse by supporting the Children’s Center (and having a wonderful evening to boot) at its April 23 fundraiser: Three on a String and Gadsden’s Kate Falcon singing and a Lee Alexander meal at World Outreach Center at 6 p.m. Just $32 per person for entertainment, program, and meal. Call the Children’s Center or a board member for tickets. – Ron Gholson