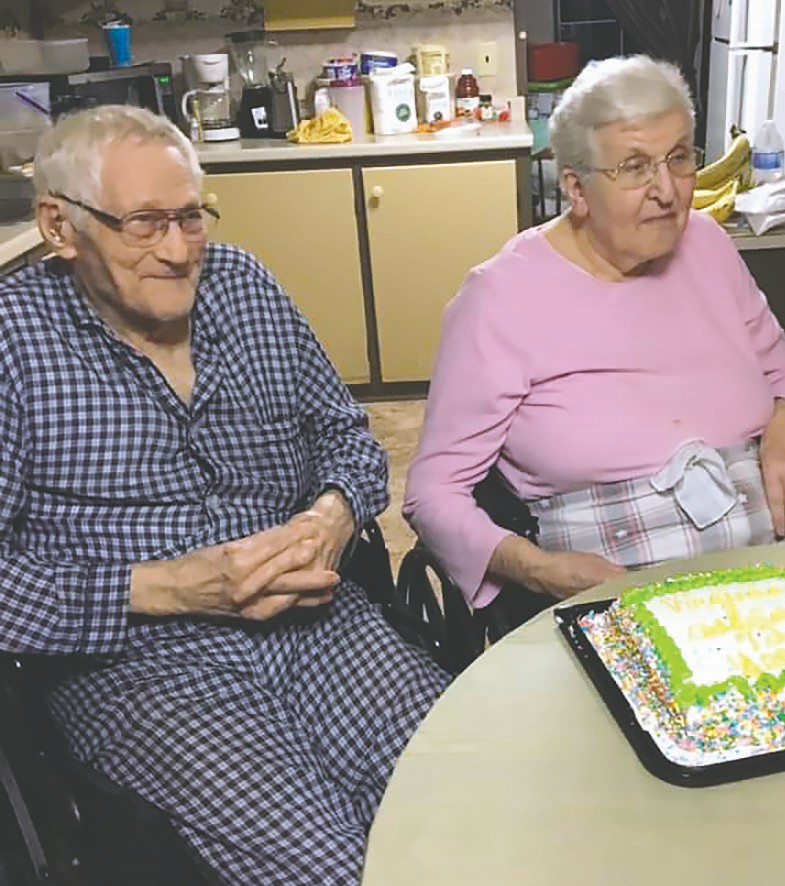 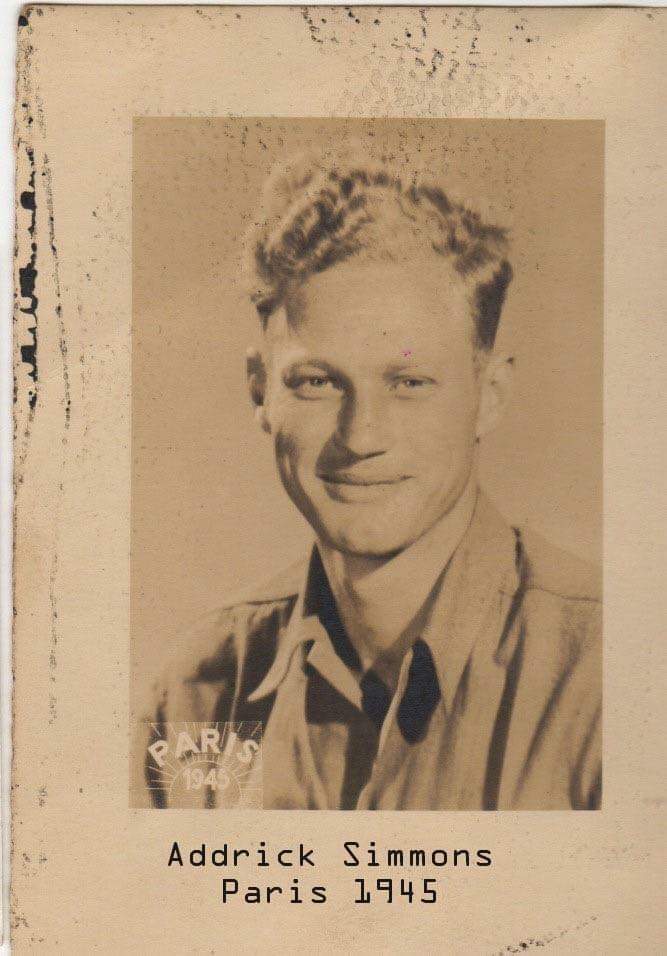 I close my eyes to imagine what it was like Jan. 22, 1923. Maybe it was a frigid winter’s day in Lester, a small Alabama farming community near the Tennessee state line.

Vona Leigh Coffman Simmons was laboring in a small sharecropper cabin she shared with her husband, Rufus. The poor couple were expecting their first child. I envision a tiny one-room cabin, wooden floorboards, a very humble home.

That winter day, Julius Addrick Simmons arrived, pink and perfect, born into the “Greatest Generation.” Young Addrick proved to be invaluable for his sharecropping family, working as a boy to help provide for them. His family continued to grow adding a passel of sisters and a brother, unfortunately born unwell.

They moved several times continuing to work the land of farm-owners in exchange for a portion of the product. Addrick managed to do his chores and attend school for a while, but around third grade he was needed at home, so he quit school to work in the fields with his father.

Life was difficult for young Addrick, who shouldered the burden of providing for his family. Even with his limited schooling, he thought of innovative ways to improve yields and make work lighter.

At 17, at the urging of his father, he entered a Civilian Conservation Corps Camp (CCC Camp) in California where he drove a dump truck and worked with a crew constructing roads. The camps were part of Franklin Delano Roosevelt’s “New Deal.” Addrick earned $30 per month, money that was sent home to help his family in Alabama.

Upon returning home, he went back to work as a sharecropper with his father. The unforgiving, backbreaking work wore on Addrick who encouraged his father to buy land of his own to farm.

Across the world, a major war was underway. Europe was being invaded by Adolf Hilter. Addrick, like many others, enlisted to fight against the genocide and looming global takeover. He joined the Army Air Corps, which would become the Air Force, working in communications.

By way of the Higgins boat, Addrick, along with thousands of other soldiers, stormed the beaches and began their fight to end Hitler’s rule. Included in his field notes in red ink is, “April 1945 – Buchenwald. Sad place.”

Addrick’s unit, under direction of General Patton’s Third Army, moved in to free those remaining at Buchenwald and to take inventory of the horror.

After the war Addrick traveled to Winter Haven, Fla., to work in the orange orchards, but Lester was home. Once back, he met and courted a young girl named Virginia Kennemur. Without knowing him, she chose a photo in a war publication writing beside it, “I’m going to marry this man.” The man just happened to be Addrick Simmons.

The two said they “sparked” (courted) for sometime before marrying and moving to Birmingham. They were blessed with two boys and two girls.

As Addrick began his life in the ministry, the family settled in Happy Hollow near Trussville. He worked in the steel industry as well.

Though facing hardships, nothing could deter Addrick and Virginia. When Addrick suffered a health crisis in his 30s, it was Virginia’s tender care and prayers that pulled him through.

In the 1970s, the couple purchased land in Locust Fork and began farming. They grew watermelons and corn and small gardens to feed their family. Virginia started a greenhouse growing ferns and bougainvillea. In retirement, Addrick enjoyed working his land, tinkering on engines, and pastoring area churches.

I first met Addrick when my high school boyfriend Michael (now my husband), invited me to meet his family. Little did I know I was invited to the annual corn cutting day.

It was immediately clear that Addrick and Virginia were different. The couple was almost like a machine, their movements and their methods exact and consistent. She knew the words he was looking for when he could not find them, and he was her eyes when hers failed her.

They shared 72 years together before Virginia passed away. You’ve heard the saying, “They don’t make ‘em like they used to.” I feel that is true when describing Addrick and Virginia.

Friday, Jan. 22, Addrick will be 98 years old. He is now a white-haired man whose face is worn and framed in glasses; a man with a third-grade education who lived through the Great Depression and survived a war; a man who came home and felt lost; a man who found his true love in a stranger who had prayed for him; a man who refused to give up; and a man whose faith has been unending.

We celebrate an incredible life and the extraordinary man who made it. I consider myself fortunate to know him and call him family. Addrick is a rarity; he is a scarce coin sought after by collectors, a flower not yet discovered. He is a most precious gem in my treasure trove of life. They certainly don’t make ‘em like they used to.

If you would like to send Addrick a birthday card, please mail them to: Addrick Simmons, c/o Charlotte Simmons, P.O. Box 116, Locust Fork, AL 35097.