An evening (or two) on patrol in Blount County 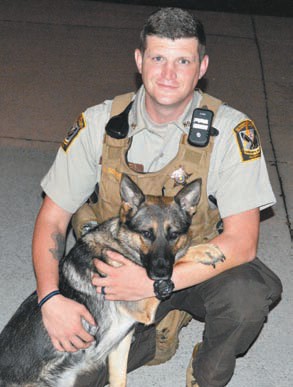 (Editor’s note: The writer is a retired sergeant with the Birmingham Police Department and spent many nights working with dedicated officers. The deputies of the Blount County Sheriff ’s Office encountered in this story rank high among them, he says.)

In the last two weeks, The Blount Countian rode with deputies of the Blount County Sheriff’s Office (BCSO) on two weekend nights. The experiences of those two shifts could not have been more different – or the same, in some ways.

The first shift was with Deputy Rick Faulkner. On a Saturday night, from 6 p.m. to 10 p.m., only one call was dispatched, a residential alarm near Highland Lake, which proved to be a false alarm. 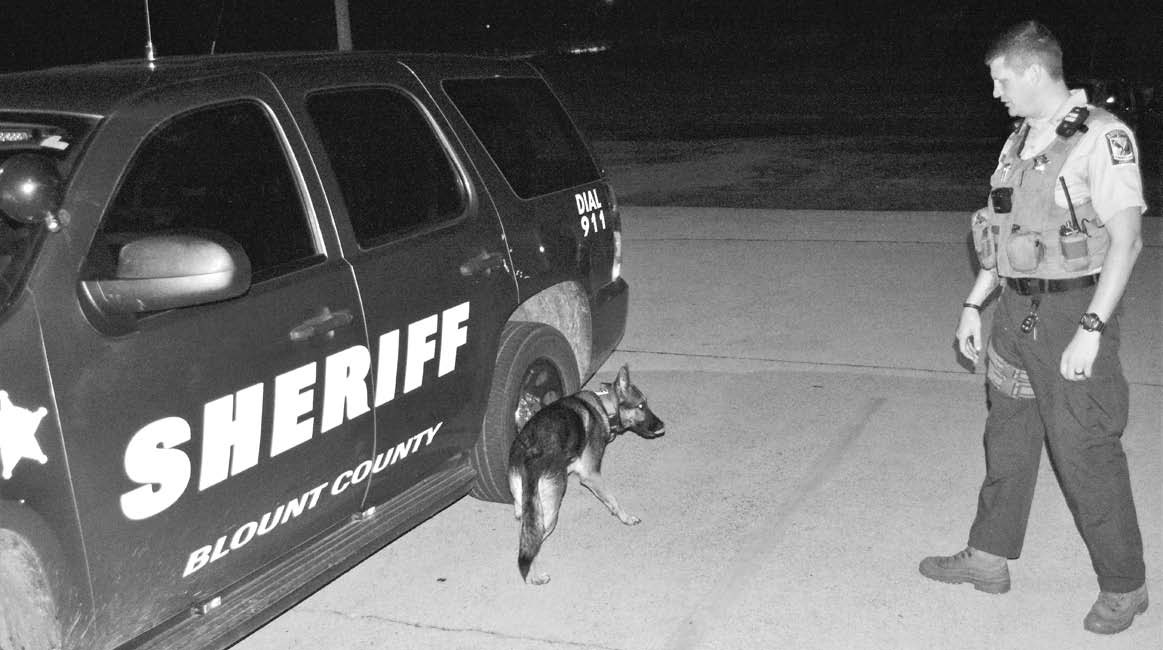 Faulkner talked about his career and his philosophy about law enforcement during the shift, all while diligently patrolling his district. Faulkner started out as a BCSO deputy in the 1980s, but left for a career with the Birmingham City School System.

After more than 25 years, he retired but law enforcement was still in his blood. He approached the BCSO and Sheriff Lloyd Arrington hired him as a part-time employee. After a couple of years working in the courthouse and jail, Faulkner asked to work as a “road deputy” answering calls, because he said that is “where my heart led me and where I can make a difference.” Faulkner said he treats everyone as he would like to be treated, but sometimes those he encounters do not see it that way. Still, he feels everyone is entitled to respect.

The second ride-along was different in the number of calls, but was the same in terms of the deputy’s obvious dedication to serving the public. Deputy Josh Southwell and his K-9 partner, Mala, began their shift on a Friday at 6 p.m. and received call after call until after 3 a.m.

Southwell warned at the beginning of the shift, “I’m a call magnet.” That proved to be a prophetic statement. He and Mala were dispatched on a variety of calls, including a reported residential burglary, an alleged theft of property, two calls of squabbles between neighbors and three automobile accidents, one serious. On the arguing neighbor calls, Southwell exhibited a skill in talking with people in a way that was calming, but firm, a definite challenge when tempers are running hot.

Southwell’s four-legged partner, Mala, was not utilized that night, but was a constant companion to Southwell. The bond between officer and canine is usually strong and it was evident their connection was no exception. Mala is a oneand a-half-year-old German Shepard imported from Poland and trained in both tracking and narcotics detection. Though she is smaller than the Americanized German Shepard, Southwell explained that he was told when he first saw her, “Don’t be fooled by her size.”

Mala and Southwell have only been partnered on the street since May, but she has already proved herself as a tracker, both in training and in real life. An on-line video, (www.facebook.com/ tacticalpolicek9training/ videos/ 1217403201691910), shows Mala and Southwell in a training exercise. The video follows Mala as she tracks a “suspect” to the edge of a pond and finds him hiding almost completely submerged under a dock. Last week, Ashville police officers chased a vehicle until it wrecked near Appalachian High School. Four suspects ran into the woods after the crash, and Mala tracked three of them, helping the two-legged officers take them into custody. Mala was also instrumental in tracking a suspect earlier this month near the Sugarland Lake community.

Southwell and Mala are available to assist other units of the BCSO or local municipalities with narcotic searches at traffic stops when time allows, and Mala has lent her olfactory skills to making several felony drug cases in her short time on the street. Southwell was eager to show off those skills, but his call volume was just too high the night of the ride along.

Mala was trained by and purchased from Highland Canine Training LLC in Harmony, N.C. Southwell was trained by Highland, which also has a training campus in Hanceville.

Southwell began his law enforcement career after four years in the U.S. Army, which included two deployments to Afghanistan, serving with the storied 506th Infantry Regiment of the 101st Airborne Division. After leaving military active duty, he joined the Oneonta Police Department, then was an investigator with the Blount County District Attorney’s Office. About one year ago, Southwell joined the BCSO. He also continues to serve in the Army National Guard.