Amphitheater project next up for downtown 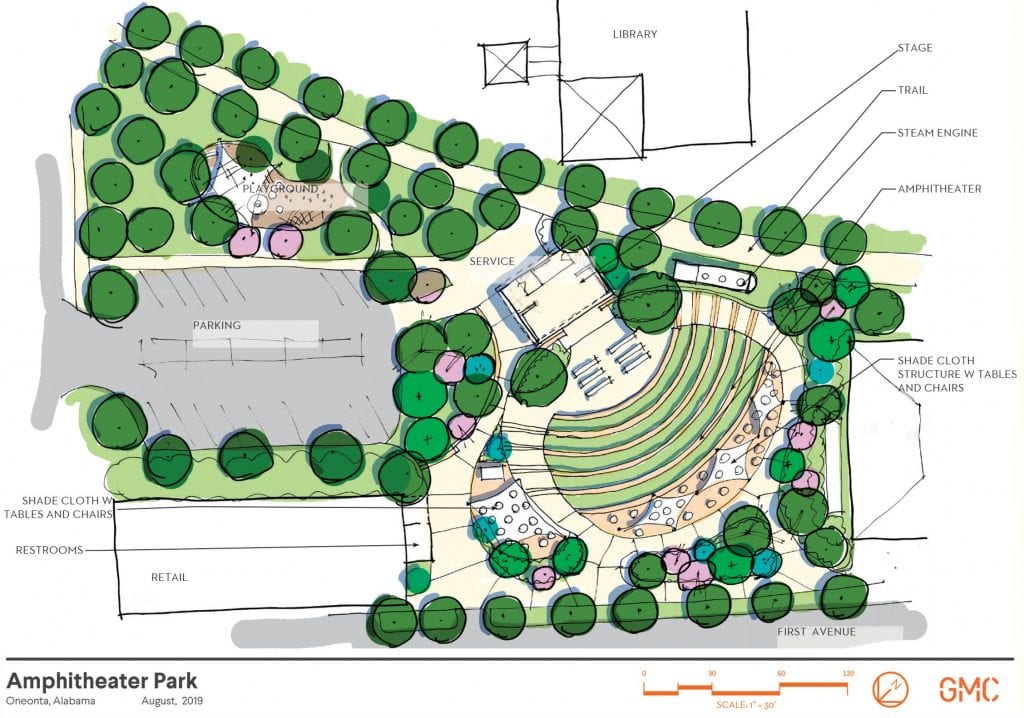 “It takes us 36 months to have a baby around here,” city manager Ed Lowe said with a dry grin, after explaining why the downtown amphitheater project seems to be running a trifle behind schedule.

“Actually, discussion of a public amphitheater downtown goes back to public meetings we had several years ago, but other more urgent things kept it from being the top priority. But now, the amphitheater is the number one priority for the next downtown development project, as of the council meeting this week,” Lowe said Friday. “We’ve had so many things we’ve had to have our workers doing – helping keep the Wallace State projects on schedule is just one example – that it’s slowed us down getting started on the amphitheater. He added that city workers were on site “today” doing preliminary work to prepare the site for construction, which he expects will begin in the spring of next year, with completion within about six months afterward.

According to the working plan, the amphitheater will seat about 350 – more if possible – and the stage will be about 30 feet by 30 feet, including dressing rooms and storage areas.

Lowe said events at the amphitheater will include performances by Wallace State vocal, dance, and instrumental groups. “Those kids are really good, and that will be a venue for them to show it,” he said.

The amphitheater will also stimulate a transition to a more prominent entertainment module in events like the Covered Bridge and June Fling festivals, because a permanent venue will already be in place. They won’t have to build a temporary one. Other events could include films, lectures, concerts, library events, and some private events like weddings, church sunrise services, and other things like that. It would also be a good place to take a sack lunch and just sit outside in the open air,” he said.

Waxing unexpectedly philosophical in his answer to a question about getting excited at the thought of planning the first live events at the amphitheater, Lowe answered, “Yeah, I’m looking forward to that, but you know what? I like the process. Over the 24 years I’ve been working for the city, the most satisfying part of my job has gotten to be the process itself of creating and investing in a community asset, and that’s what this project is – something that creates an asset not only for downtown and for Oneonta, but for everyone who lives in Blount County. I just enjoy the work that goes into creating it,” he said.