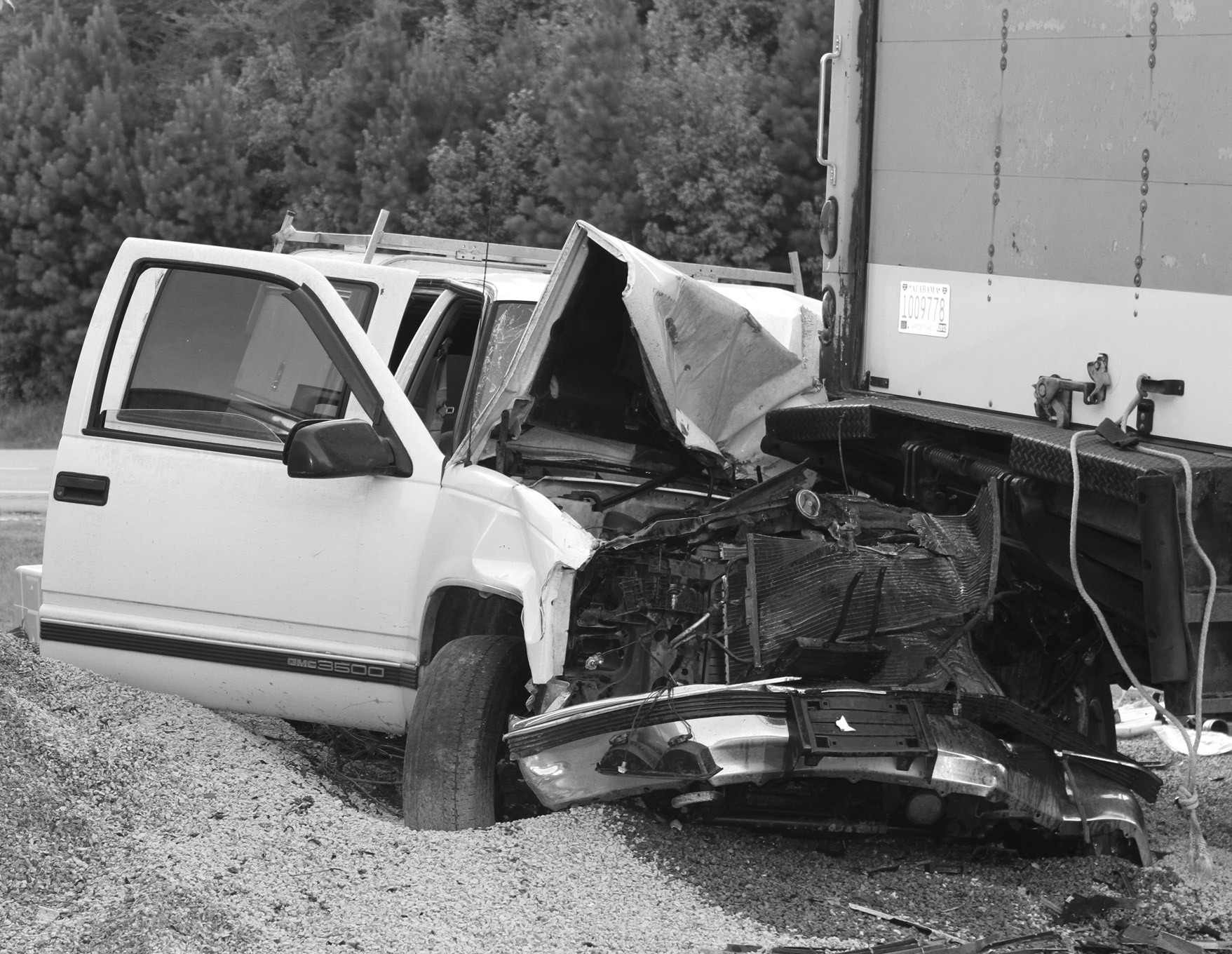 One man was injured after his vehicle collided with another vehicle and left the road before striking a parked transfer truck located at Allgood Welding on Tuesday, July 29, at approximately 6 p.m., according to Allgood Fire Chief Scott Payne.

The white pickup truck was lodged underneath the truck, and it took emergency personnel an hour-and-a-half to cut him out, Payne said.

The driver was air-lifted from the scene with non-life threatening injuries. No other injuries were reported.