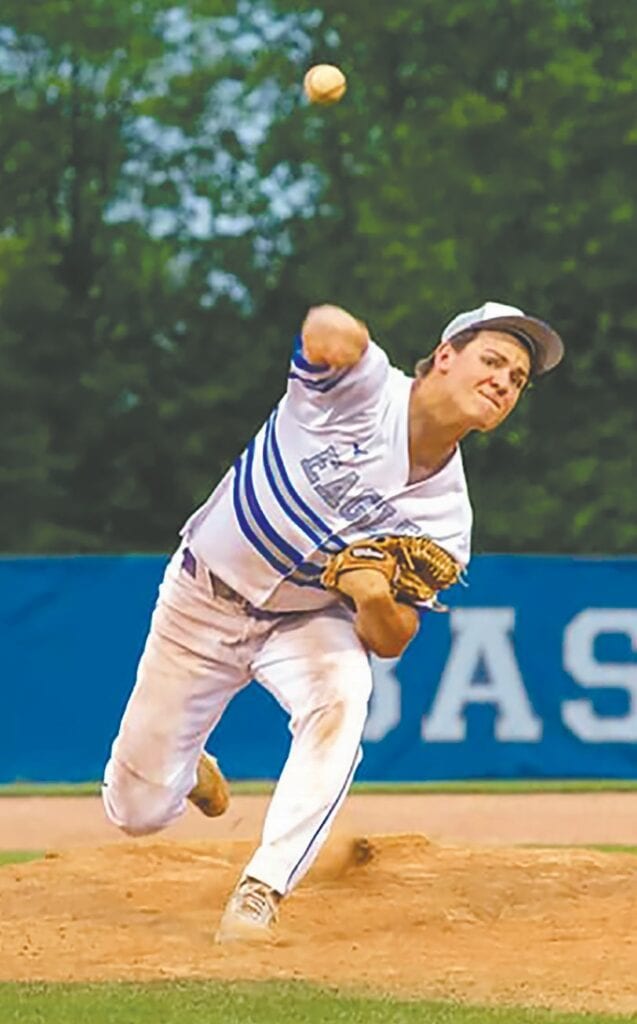 Payne, a junior, was selected by the coaches as Blount County MVP. He helped lead the Eagles to a 14-8 record pitching a total of 60 innings while striking out 149 of the batters he faced. Payne finished the season with a .611 batting batting average, 25 RBIs, and three home runs.

Coach of the Year honors went to Drake. After starting the season 4-8, the Wildcats won 15 of their next 20 games. Hayden finished the season with a record of 19-13. The Wildcats made the third round of the playoffs for the first time in 27 years. Out of 64 5A teams, the Wildcats were one of the last remaining. Drake earned his 1,000th win in the Wildcats’ first playoff game at Leeds. They went on to win game two to advance to the second round. After falling to Sardis in game one of round two, Hayden won the next two to win the series and move on to round three.

Coach of the year Lucas Drake (center) sports a blond wig in support of players who died their own locks for the state playoffs. -Lena Simmons

The following players were selected for the 2021 Blount County All-County Team: