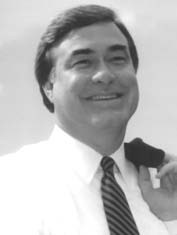 Since we are in the midst of an election for a U.S. Senator, let me share the story of one of the most prestigious congressional families in Alabama history. The Bankheads of Jasper would likely be the most prominent political family in Alabama political lore. More than likely there has never been a father serve as one of America’s most powerful U.S. senators while the son, William Bankhead, served as Speaker of the U.S. House of Representatives.

The original founder of the famous family was John Hollis Bankhead. He was the patriarch of a family that spawned sons John H. Bankhead II, Speaker of the U.S. House, William B. Bankhead and daughter and state archivist, Marie Bankhead Owen and granddaughter Tallulah Bankhead, who became a star of stage and screen.

After the Civil War, he married Tallulah Brockman of Wetumpka and returned to farming his family land. He began his political career by serving four terms in the state Legislature. He then was elected to the U.S. House of Representatives in 1886 and served 20 years in Congress.

In 1906, Alabama did an extremely unusual thing. At that time, state legislatures still appointed U.S. senators. Alabama’s Legislature met only every four years and both of the states senators, Edmund Pettus and John Tyler Morgan, were aging. The state Democratic Party held a primary to choose a successor should one or both of the senators die before the Legislature met again. It was called the pallbearer’s primary. Bankhead won the primary. Sure enough, in June 1907, Morgan died and Bankhead took the U.S. Senate seat.

John Bankhead left an indelible legacy as a senator. He was a champion of building federal highways and waterways. America’s first national highway that traverses from Washington, D.C., to San Diego, Calif., is named the Bankhead Highway.

John’s son, William, was elected to the U.S. House of Representatives in 1916. Thus, he served simultaneously in the House while his father served in the Senate. He followed his father’s advice to learn the rules. He did and it earned himself a seat on the powerful Rules Committee. He was joined on the committee by another Southern congressman, who would also make his mark in Congress, Sam Rayburn from Texas.

During William Bankhead’s 23 years in Congress, he became Chairman of the Rules Committee, Majority Leader and then Speaker of the U.S. House of Representatives. He is still the only Alabamian to serve as Speaker of the House.

Even though William Bankhead was Alabama’s most distinguished congressman, he was best known as being the father of the most famous and flamboyant actress of that era, Tallulah Bankhead. Tallulah, who was named for her maternal grandmother, was very close to her father. She was renowned for her eccentric and uninhibited behavior and for her throaty utterance calling everyone, “Dah-ling.” She thrust the Bankhead name in bright lights on Broadway and in Hollywood.

Senator John Hollis Bankhead had a daughter named Marie who made her mark in Alabama history. Marie Owen Bankhead was the founder of the State Archives in Montgomery. She was affectionately called “Miss Marie.” Our magnificent Archives Building across from the Capitol was built with funds secured by Miss Marie from the New Deal WPA Program. It did not hurt that her father was one of the nation’s most powerful senators and her brother was Speaker of the U.S. House of Representatives. Miss Marie Owen Bankhead served as director of the State Archives for 35 years (1920-1955).

Besides the national Bankhead Highway, in Alabama we have the Bankhead Tunnel in Mobile, the William B. Bankhead National Forest, the Bankhead Home and Heritage Center in Jasper, and the historic Bankhead Avenue in Montgomery.

The Bankheads of Alabama are the Deep South’s version of the Kennedys.