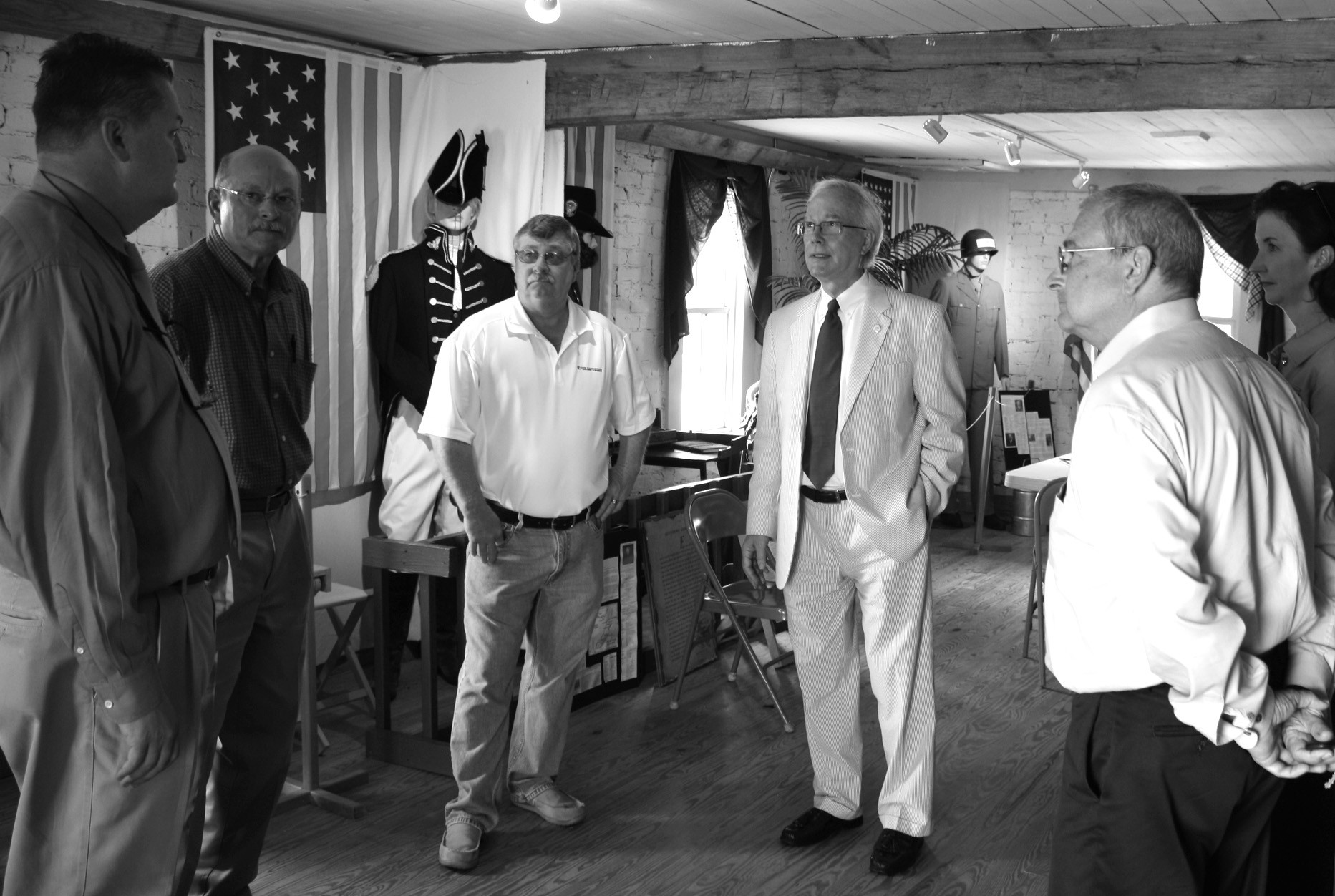 “We wanted Lee to see the great things Blount County has to offer,” District 11 Rep. Randall Shedd said. “We hope he can help us be included in the state’s promotional information that goes out to the tourism industry and also get some promotional materials, such as brochures, distributed.”

Sentell says his office is happy to provide Blountsville with matching funds for brochures, maps, and website development, but he says it’s important for Blountsville, Oneonta, and other communities to work together and package the area for its historical, recreational, and cultural assets.

“When tourists travel they don’t pay attention to city limits or county lines,” Sentell said. “Blount County is a unique destination because it offers so many natural and scenic areas that are in the proximity to two of the state’s largest municipalities – Birmingham and Huntsville – and there are probably two million people within an hour’s drive of Blountsville.”

Shedd said not only is he hoping Sentell will be able to steer Blountsville tourism in the right direction, but he also asked him to offer suggestions on how he and the town council could promote tourism.

“An element of ‘The Covered Bridge Festival’ should take place in Blountsville to cross-promote different sides of the county,” Sentell suggested. “The longer you can keep people in the county, possibly even to spend the night, the more valuable those visitors become in the economic development of Blount County.”

Dennis Beavers, town council member and president of the Blountsville Business Association, also played a part in setting up the meeting between multiple representatives and Sentell.

“We have the makings of a steady industry,” he said. “The business association and the town council have already made a commitment to making things look more attractive downtown by cleaning up, and now the focus is on the importance of tourism and the dollars spent that comes with it.”

According to Beavers, tourists spend three times more in a town than the town’s residents, and besides agriculture, tourism is the biggest industry in Blount County.

“A lot of people travel through Blount County seeing the covered bridges and visiting parks during day trips, and Spring Valley has been here for 30 years seeing people come and go. If we had a hotel here, people would stay here, and if we had more restaurants more people would eat here,” he said.

During the tour, improvement discussion centered on sewer for the Blountsville park, and brown tourism signs to be placed on Interstate 65 for the Historical Park as well as Spring Valley Beach.

“The brown signs are the next step to accomplish,” Shedd said. “They attract people to a certain area, and I would love to see them on I-65. Our first step was inviting Sentell to see Blountsville and the signs are the next step. Blountsville is such a neat place and Spring Valley is a magnet for tourism which brings people to the area and we want to maximize that potential and help in any way we can.”

“Shedd and Scofield have been very resourceful with Blountsville and northern Blount County and they don’t get enough credit for that,” Beavers said. “Randall has proven to also be very successful in bringing people together.”

“We invited the regional folks because in this area there is exposure for other groups,” Shedd said. “Tourism is about attracting people to an area and while doing so they will be traveling through other areas.”