Definition of 'moral turpitude' could affect rights of thousands to vote 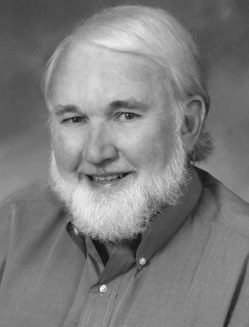 The Alabama constitution says persons convicted of crimes involving “moral turpitude” cannot vote without having their rights restored, but leaves the definition of those two words to the courts and statutory law.


A recent registration drive focused on inmates convicted of drug crimes. It initially had the blessings of the Department of Corrections commissioner but he was forced to order it stopped after some state officials complained. A suit was filed this week by the drive’s organizers and at least two other court cases over the ‘moral turpitude’ issue are pending.

It appears that perhaps thousands of Alabama voters could be denied voting rights in the November election because of confusion over these two words. The Administrative Office of Courts (AOC) has sent a memo to county probate judges, sheriffs, and circuit clerks saying people are being wrongly denied the right to vote because of bad information from the Governor’s office, which says that 480 of the state’s 575 felony offenses involve ‘moral turpitude.’ According to the AOC legal division, however, just 70 felonies qualify.

Generally, crimes of moral turpitude, as defined by Black’s Law Dictionary, are those crimes restricted to the “gravest offenses, consisting of felonies and infamous crimes such as burglary, larceny, arson, rape, murder, and Crimes mala in se, those that are immoral or wrong in themselves.”

These differ from Crimes mala prohibita, which embrace things “prohibited by statute such as infringing on another’s rights, though no moral turpitude may attach and constituting crimes only because they are so prohibited,” according to Blacks and its editors quote a United States court in Nebraska which defines “moral turpitude” as “a vague term that is restricted to the gravest offenses, consisting of felonies and infamous crimes.”

One state citizen has already complained that he has been denied the right to vote because he was caught driving through a dry county with a quantity of unopened beer. Such a situation, if true, is inexcusable. AOC Legal Director Griffin Sikes Jr. told The Tuscaloosa News that the governor’s office and a private elections system contractor assured the AOC that their shorter list was being used. He said he was told recently in a meeting with Riley’s staff that the assurance was in error. The AOC has asked local voting officials to review their records over the past 18 months.

I had feared that Nov. 4 would be a very confusing day at the polls with the unusually high number of voters, many for the first time, expected to show up to vote. The governor’s office shouldn’t attempt to make it more difficult for local voting officials or to throw up unnecessary roadblocks for those legally qualified to vote. The AOC is the arm of the Chief Justice and the Supreme Court and I believe, is better equipped to get the law right.

David Bronner, CEO of the State’s public pension funds, has said the Retirement Systems of Alabama (RSA) portfolio will take an 8 to 12 percent fall due to the turmoil on Wall Street.

If the fund, which recently totaled $32 billion, takes just the middle percentage of Bronner’s numbers, that would be a whopping $3.2 billion loss.

Bronner says it will likely be about a month until there are final numbers to show how the pension giant compared with the rest of the country. “It will be seen as a bad year,” he said. “Unless you were in cash … you’re going to lose money.”

Civil rights icon and Selma’s first black lawyer, J L. Chestnut, died this past week at age 77…Former President Bill Clinton spent a couple of hours at the Daphne home of Pat and Robert Edington last Thursday and walked away with about $100,000 to help retire Hillary’s campaign debt… and in the news of the week, daredevil Bubba Blackwell celebrated his 42nd birthday Saturday night by jumping a stack of 52 crushed cars on his motorcycle and breaking a record set by Evel Knievel in 1973. In front of a crowd of more than 6,000 at the Deep South Speedway in Loxley, he soared over the pile.