Shutting down the Joe-Ron Room 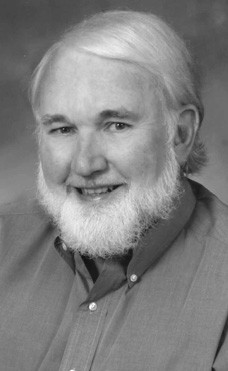 First, a bit of history: The Alabama State Capitol served as home to the State Legislature until 1985 when lawmakers moved into their newly renovated quarters called the Alabama State House, formerly a building that housed the State Highway Department.

The renovation started in 1985, was completed in 1992, and upon the reopening of the Capitol building, numerous state offices moved back. However, the Legislature remained at the State House, and has made no plans to return.

In one of my previous occupations, including the time frame of the move to the new State House and several years thereafter, it was necessary for me to spend a lot of time dealing with and monitoring legislative activities.

In the confines of the State Capitol, only really high-ranking legislators had offices. Some of those “offices” were simply desks in the rear of committee rooms. For the rest, their desks in the House or Senate were their offices.

But Shazam… at the new State house, although most were mere cubicles, there were private offices with private telephones for all. And for the next quarter century many legislators shared those offices and phones with friends, constituents, state workers and yes… lobbyists. Lawmakers couldn’t hide in the offices because the hallways remained, except for some occasions, public passageways. That’s why you would see many of these public servants always in a hurry with excuses such as: “can’t talk now, got a committee meeting to attend” or “can’t stop now they’re waiting for my vote.” But no matter how much they dodged and weaved, their constituents could find their offices and tape notes on the doors.

The least traveled of the floors originally set aside for the legislator offices was the north side of the sixth floor opposite the House balcony. A dozen or so offices were tucked away at the end of the hallway between the Legislative Fiscal Office and the exercise room.

Four offices were in each office suite. One of those suites was originally occupied by Rep. Ron Johnson of Sylacauga and Rep. Joe Carothers of Dothan and became affectionately known as the Joe-Ron Room. Another occupant in the early years was Rep. Arthur Payne of Trussville. The suite would always be stocked with refreshments, and lunch would usually be brought in on days when the Legislature was in session… with lobbyists taking turns doing the honors.

For both lobbyists and constituents of the legislators, it was a place you could drop in, use the phone, have a soft drink, and watch or participate in the ever-constant domino games. The domino games ended several years back when there was concern that some wagers had taken place during the games. But nothing sinister went on; no bribes took place; and no X-rated movies were shown. It was simply a place folks could light for a spell as the legislative day droned on. A new sheriff is in town

Now there’s a new sheriff in town so the Joe-Ron Room and other gathering places in various offices and committee rooms, which make it a bit easier for those who have to be there through the long-winded debates and the fist fights on the Senate floor, will become relics of the past.

The excuse by the new leadership is to make it inconvenient for the lobbyists and, as stated by the new speaker of the House, “to change the culture of this town and that includes the culture inside this building.”

That’s the excuse. The truth is, I suspect, that the new paradigm for the leadership is exclusion, not inclusion. Let’s keep the common folks away from convenient access. Let’s make our folks from home stand in line and take a number before they can knock on our door. Let’s seclude ourselves like Hosni Mubarak.

You can wager the farm they will find a way to make the important lobbyists comfortable. The Super Bowl ads

Like millions of folks around the world, I watched the Super Bowl Sunday night … and paid close attention to the advertising that cost millions of dollars. I always thought advertising was to promote a product or a brand name. The advertising on Super Bowls has turned into a gotcha game … which ad can make the most outrageous claim or get the biggest laugh.

The folks who buy those ads are wasting their money because the brand gets lost in the hoopla.