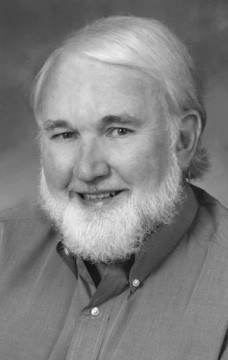 In a press conference this past week, Atty. Gen. Troy King compared Gov. Bob Riley to a panhandler begging for crumbs. King said the governor has been “manipulated” by BP, to the extent he believes Riley is working against the state’s interest by criticizing lawsuits that King has filed.


This came after BP said it wouldn’t pay Alabama’s $148-million claim filed by Riley, alleging that its action was, at least in part, triggered by King’s lawsuit against the oil giant. Riley was depending on payment of the claim to forestall the 2-percent proration of the state’s school budget declared by the governor last week.

One must wonder why Riley was expecting BP to pay Alabama when it has not paid any other state for claims involving lost tax revenue. King said that’s what he expected from BP all along, and that’s why he filed the lawsuit. He said the governor also has been dishonest about the issue of proration and the impact of the lawsuit.

King said the oil company is manipulating Riley to avoid paying what it really owes Alabama, adding his lawsuits against oil giant BP and others will protect Alabamians long after both he and the governor are out of office in a few months.

Riley claims BP is balking because of King’s lawsuit and released a letter between King and the Beasley Allen law firm indicating an intention to pay fees, and a letter from Riley to King indicating that he would not sign a contract to give lawyers 14 percent of everything BP pays. The Beasley firm is one of several which have been mentioned as possibly representing the state.

The 14 percent fee is what Beasley Allen and the Mobile firm of Hand Arrendall charged in the suit against ExxonMobil. It’s a number roughly 30-40 percent less than what would be the normal contingency-fee charged in a case like this.

“Troy King filed against BP without consulting me or local officials on our coast or apparently anyone else but the lawyers who hope to reap millions of dollars off this disaster,” Riley said. The governor claims BP is not paying the state’s initial claim because of King’s lawsuit. “It should never be used as a vehicle for King’s lawyers to walk away with millions that should go to the people of Alabama,” he charged.

That is an interesting statement by the governor since he is one of the largest providers of fees to lawyers in the state.

During the past three years Riley has paid Bradley Arant, the Birmingham-based firm that employs his son-in-law Rob Campbell, nearly $5.5 million. A significant portion of this has gone to the firm to assist Riley in his raid against electronic bingo, which has cost over 6000 people their jobs.

Over a half million, $583,057, has been paid to the Birmingham law firm of Wallace Jordan Ratliff Brandt. The Jordan in that firm is Albert Jordan, who has represented Riley in the Paragon computer services scandal that has cost the state nearly a quarter-million dollars, and we still don’t know who got the $13 million the contract cost or the details of what work has been done. That investigation is continuing.

Jordan is also the same Albert Jordan convicted along with former Jefferson County Sheriff Jim Woodward on charges they conspired to illegally use criminal databases to contest the county’s 1998 sheriff’s election.

Woodward lost the election to his opponent, Jefferson County Sheriff Mike Hale, by 37 votes. Woodward suspected felons not eligible to vote had cast absentee ballots in Bessemer, decided to contest the election, and hired Jordan to handle his case.

Subsequently, a federal grand jury charged Woodward and Jordan with accessing the National Crime Information Center database to illegally obtain criminal records of people who voted in the sheriff’s race by absentee ballot in Bessemer.

In January 2006, a federal jury convicted the defendants of conspiring to improperly access the NCIC database and of illegally obtaining that information. In September 2009, 10 years after Woodward and Jordan were sentenced, the 11th Circuit Court of Appeals in Atlanta upheld the convictions.