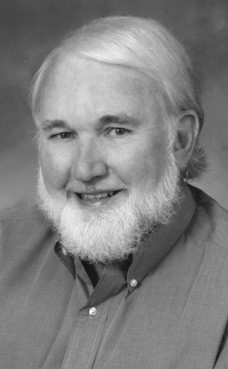 I knew something was wrong. A few weeks ago I received the annual property tax valuation for our home and discovered the value had surged in this declining real estate market by nearly 4 percent over appraisals for the past two years.


That seemed odd since the valuation of the houses in my neighborhood, just like those across the nation, have been in a decline for a long time.

So I read the fine print. “Dear Property Owner: Pursuant to Alabama Code Section 40-7-25 and Act 160 of the Alabama Legislature, your property has been appraised by the Montgomery County Appraisal Department at its fair and reasonable value as of October 1, 2009.”

Now pay close attention to the next sentence because your valuation notice is probably the same as mine or similar: “Should you determine this estimate does not reasonable represent market value and you have information and supporting evidence you would like to present substantiating your determination, you may file a WRITTEN objection to Montgomery County’s estimate and request a hearing. Objections must be in writing and postmarked within 30 days of the Notice Date.” My “Notice Date” was Aug. 6, which means I must file an appeal by Sept. 5.

It just happens that we refinanced our house and received an appraisal dated Sept. 2, 2009, which was more than eight percent below Montgomery County’s valuation for 2010.

I made a decision to appeal but then learned that the computer at the county’s appraisal office is suspect of a malfunction. Nonetheless my appeal will go forward and I would suggest every property owner in Montgomery and Alabama look very closely at their property valuation notices.

Property owners in Baldwin County should pay particular attention to their valuation notices next year because the appraisals for 2011 will be based on a property’s fair and reasonable value on October 1, 2010. That value should reflect the effect of the BP oil spill on the value of coastal and Mobile Bay property in the county. Predictions I have heard suggest there will be at least a 10- percent reduction in the property values along the bay and the coast. This may be a loss that can be recovered from BP.

The State Judicial Building on Dexter Avenue has had its share of leaks since its construction in the early 1990s… the real leaks that involve water… which have required expensive repair. But in recent months another kind of leak has developed at the building, now named the Heflin-Torbert State Judicial Building, which prompted the Supreme Court to issue a rare, and perhaps first ever, public statement last week defending itself.

The court issued a statement asserting that no justice has had any contact with Governor Riley or anyone acting on his behalf about the assignment of cases involving bingo or the anticipated release date of any bingo cases.

The statement stems from allegations by Tuscaloosa businessman Stan Pate and others that Riley intervened with the court to get a case involving VictoryLand’s bingo machines moved from one justice to another.

The specific allegations involve a case we reported in this column three weeks ago wherein the high court quashed an injunction issued by a state circuit judge who ordered the task force to get approval of Macon County officials before it could enter the county. That ruling gave Riley and his Anti-Gambling Task Force authority to proceed with a raid at the bingo casino at VictoryLand in Macon County.

Pate, as we reported, alleged that Justice Patti Smith had originally been assigned the case several months back, but that Riley intervened with one or more of the justices and got the case reassigned by the court to Justice Glenn Murdock, who turned out an opinion in favor of Riley in six days. I have confirmed that scenario described by Pate.

The court issued a statement saying that no justice had any contact with Riley or anyone acting on his behalf about the assignment or the anticipated release of the bingo cases.

The court also says it is conducting an internal investigation of the source of any leaks.

The governor said the attacks are just another example of the “lies the gambling interests repeat over and over again.”