Hotter than a pepper sprout’ 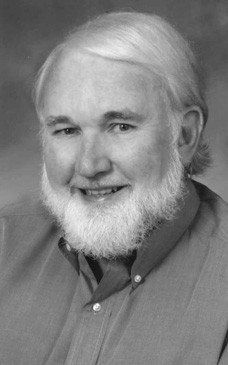 Those words were part of the lyrics in the song (Going down to) “Jackson” written by Jerry Leiber and Billy Edd Wheeler and made into a Grammy-award winner by Johnny Cash and June Carter in 1968. The words were’t used in the song to describe the weather, but they would sure be appropriate for the past month in the deep South.


Most of Alabama endured the hottest July in years. The daily high temperatures in Birmingham averaged 94.7 degrees for the month, the hottest in a decade. In Montgomery the past three days have seen the 100-degree mark.

It’s not getting warmer just in the southern part of the U. S. Indeed, the 2009 State of the Climate report released last week by the National Oceanic & Atmospheric Administration (NOAA) draws on data from 10 key climate indicators that all point to scientific evidence that our world is warming.

More than 300 scientists from 160 research groups in 48 countries contributed to the report, which confirms that the past decade was the warmest on record and that the Earth has been growing warmer over the last 50 years.

Folks, this is not Al Gore speaking at a fundraising event. It’s more like a shot over our bow…a warning if you wish. The report emphasizes that “human society
has developed for thousands of years under
one climatic state, and now new climatic
conditions are taking shape. These conditions

are consistently warmer, and some
areas are likely to see more extreme events
like severe drought, torrential rain, and
violent storms.”

While year-to-year changes in temperature often reflect natural climatic variations, the report cites each of the last three decades, which has been much warmer than the decade before.

“The temperature increase of one degree Fahrenheit over the past 50 years may seem small, but it has already altered our planet,” said Deke Arndt, co-editor of the report and chief of the Climate Monitoring Branch of NOAAs National Climatic Data Center. “Glaciers and sea ice are melting, heavy rainfall is intensifying, and heat waves are more common. And, as the new report tells us, there is now evidence that over 90 percent of warming over the past 50 years has gone into our ocean,” he says.

Shenanigans at the High Court

VictoryLand owner Milton McGregor and others charge that Bob Riley owns the Alabama Supreme Court, and after last week’s shenanigans in the court’s chambers, others may find some merit to that allegation. In a ruling issued last Friday, the court quashed an injunction issued by a state circuit judge who ordered the task force to get approval of Macon County officials before it could enter the county. That ruling gave Riley and his Anti-Gambling Task Force authority to proceed with a raid at the bingo casino at VictoryLand in Macon County.

But it wasn’t the actual ruling itself that has caused a stir.

Pate alleges that Justice Patti Smith had originally been assigned the case several months back, but that Riley intervened with one or more of the justices and got the case reassigned by the court to Justice Glenn Murdock, who turned out an opinion in favor of Riley in six days. I have confirmed that scenario described by Pate.

It is somewhat unusual because Murdock has been one of the laggards in judicial production at the appellate level. When he was on the Court of Civil Appeals, the other judges had to take his share of the cases and reassign them to other members of the court or to retired judges because of his lack of production. Since joining the Supreme Court, statistics show he is the second-most unproductive justice, ranking just behind Justice Tom Parker. That wasn’t the case last week when Riley called.