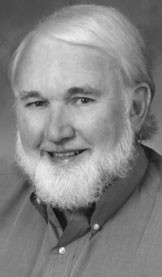 As the state is facing a $3 billion reduction in the education budget and a half-billion drop in revenues to fund most other state agencies, some legislators are quizzing Auburn University officials about what they call a “sweetheart deal” with House Minority Leader Mike Hubbard in 2002 for sports broadcast rights at the school.


Sen. Hank Sanders, D-Selma, who is chairman of the education budget committee in the upper chamber, has asked Auburn University officials to explain why the school was willing to accept $4 million less from Hubbard’s former company when it took bids on the broadcasting rights.

Sanders says he is also seeking information about state general fund employees who were hired under contracts in the Auburn University Montgomery budget.

An Auburn spokesman said the university had received Sanders’s request and says the school is in the process of gathering the information.

Sanders’s letter noted that in 2002, the Auburn Athletic Department solicited bids for a four-year broadcasting-rights deal for its sports events and that a national firm with years of experience in handling university sports broadcasting offered to pay Auburn $12.5 million for a fiveyear exclusive deal, but Auburn selected Hubbard’s company for a bid of only $8.55 million.

Sanders questioned why Auburn would leave nearly $4 million on the table.

The Huntsville Times
reports that Hubbard had previously told them that the two contracts weren’t comparable and the other company, Kentuckybased Host Communications, was having financial problems.

Shortly after he won the contract, Hubbard sold his company to a competitor, North Carolina-based ISP Sports, which made him president of its Auburn affiliate.

Hubbard, who is chairman of the Alabama Republican Party, has previously told The Montgomery

Independent
that the questions being raised are “the same old stuff the Democrats and Paul Hubbert are trying to dredge up from past campaigns.”

Sanders said he also wants information about items hidden within the budgets of the Auburn University system.

He suggested those items have been used to conceal the hiring of some employees linked to state computer work and to Paragon Source, the company that recently won a $5.9 million no-bid state contract extension to do work for the state Finance Department.

Riley to decide soon on proration

Gov. Bob Riley says he will decide within the next 10 days whether he should declare proration and trigger across-theboard cuts to the state’s budget that funds Medicaid, prisons, state troopers, and most other non-education functions of state government. He also predicts such proration could be between 7 percent and 8 percent.

Legislative leaders and the Legislative Fiscal Office have said Riley will need to declare proration because there is a projected $120 million shortfall in the budget for the current fiscal year.

Joyce Bigbee, director of the fiscal office, says that she expects 7.6 percent proration this year in the General Fund. Bigbee said $1.4 billion would be available for the General Fund this year, causing a deficit of $120 million.

There may or may not be any delay of game penalties at the BCS Championship game on Jan. 7 but there will be a time out called in Jefferson County Circuit Court in Bessemer.

A Jefferson County case that has waited four years to come to trial will have to wait a bit longer.

In his motion asking for the delay, attorney Jon Terry said that the trial in an accidental death case was scheduled for Jan. 4 “before certain monumental events occurred,” that some attorneys have tickets to the game, that jurors are likely to be preoccupied, and that opposing attorneys went to Auburn. “ROLL TIDE!!” the motion concludes.

King, an Auburn alumnus, said he planned to grant the motion. “If I didn’t, they’d say, ‘He just didn’t grant it because he’s an Auburn fellow,'” he said. “I wouldn’t do that to ’em.”