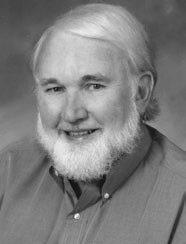 In the early afternoon of May 18, 1963, a young newspaper reporter not yet out of college, I was walking up a path behind the administration building at the Tennessee Valley Authority’s offices in Muscle Shoals interviewing President John F. Kennedy.

The President was in Alabama to celebrate the 30th anniversary of the TVA. He had spoken earlier in Nashville, Tenn, and then flown to Redstone Arsenal in Huntsville, where several members of the state’s congressional delegation and Gov. George Wallace joined him for the 30-minute helicopter flight to Muscle Shoals. Following his speech Kennedy walked off the stage and mingled with the crowd of some 15,000 for 15 minutes, something unheard of today.

There was a slight bit of tenseness in the air because of the conflicts between Kennedy and Wallace over the segregation issues but both were courteous to each other, the grim-faced Wallace even telling the media that the President was “a refined, courteous person.” The impending confrontation at Tuscaloosa was never mentioned.

Just over six months later I was monitoring the Associated Press (AP) wire machine in the newsroom of The Florence Times/Tri-Cities Daily when, at approximately 12:37 p.m. the bells of the Teletype machine began to ring, the signal of an important breaking news story.

I quickly looked at the wire copy The first of four paragraphs, pounded out in bullet-like fashion, read:

DALLAS (AP) – President Kennedy was shot today as his motorcade left downtown Dallas. Mrs. Kennedy jumped up and grabbed Mr. Kennedy. She cried “Oh, no!” The motorcade sped on.

AP reporter Bob Johnson was in the newsroom of the Dallas Times Herald, adjoining the AP office, when he heard editors talking about an unconfirmed report that President Kennedy had been shot.

Johnson ran back to his desk, slipped paper in his typewriter, and wrote “BULLETIN” and “DALLAS” and awaited word from his staffers covering Kennedy’s visit to call. Wire photo operator James “Ike” Altgens, who doubled as a photographer, alerted Johnson that he was just 30 feet away from Kennedy when the first shot was fired.

After confirming the facts with Altgens, Johnson, who died at 84 last year, turned to his typewriter and wrote the bulletin.

It was a short time later that Altgens’ dramatic photo of President Kennedy slumping down in the back seat of a car after being fatally shot and Jackie Kennedy leaning over the president as Secret Service agent Clinton Hill climbs up the back of the presidential limo came across the wire photo machine. That photo will be embedded in my brain forever. The president died at 1 p.m. at Parkland Memorial Hospital.

As with most others, it will be difficult for me to forget where I was during these tragic minutes in which I witnessed the first news reports of a President’s assassination, a man I had talked with just six months previously.

A few months after that conversation with JFK on the afternoon of May 18, 1963, a local Florence photographer brought a negative by the office picturing me walking up that path behind the TVA office building with the President. I have often wondered why I didn’t send a print to the White House for an autograph, but considering the events on Nov. 22, it might have been too late.

As the conspiracy theories regarding the Kennedy assassination ran rampant across America, spurred on by New Orleans District Attorney Jim Garrison and others, I became very interested and I remain convinced that foreign nations may have played a part, in addition to the Mafia.

However, in the early 1990s I had the opportunity to take a self-guided audio tour of the Texas Book Depository, where it is alleged that Lee Harvey Oswald fired the shots that killed the President. I sat in the very window in which Oswald was perched when he fired at JFK’s limo and, while not sure I could have made the hit, now believe it was certainly possible for a sharpshooter like Oswald. This does not, however, debunk the theory that Oswald could not have been a part of a foreign or even a domestic plot to kill President Kennedy. We will probably never know.