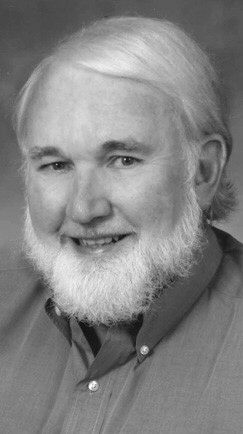 PACT is based on the concept – pay today for tomorrow’s tuition. Starting in 2007 the program began offering a one-year contract option to allow parents and grandparents to prepay for 32 semester hours of tuition and 2 semesters of qualified fee payments in addition to the traditional four-year contract which covers payment for 128 semester hours of tuition and eight semesters of qualified fee payments at any Alabama public college or university. The money may also be used at private or out-of-state institutions but the plan will only pay the average tuition of Alabama’s public fouryear colleges to any private or out-of-state institution.

While prepaid college tuition plans are common nationwide, most invest the revenue from them in the stock market to make up the difference between the prepaid tuition rate and the actual cost when a child enrolls. Alabama also has a separate 529 Plan in which investors make their own investment choices and the state has no responsibility at all to make sure there are enough funds for adequate tuition.

Alabama’s prepaid plan has invested heavily in the stock market. At the beginning of April in 2007, the plan had 75 percents of its plan funds invested in equities, 24 percent invested in domestic fixed income accounts and one percent in cash.

The fund has lost 46 percent of its value in a year and a half, – 20 percent during the recent stock market slippage. The fund, worth nearly $900 million in 2007, has dropped in value to about $484 million. More than 48,000 contracts are outstanding, but far fewer students have yet to reach college age.

Assets in college savings accounts nationally declined 21 percent to $88.5 billion from $111.9 billion last year, a loss of $23.4 billion as the bear market left families with less money for tuition and put pressure on schools to increase financial aid.

While parents may pull their investments out of the plan without paying interest or penalties, State Treasurer Kay Ivey, whose office manages the fund, and other state officials are urging them not to do that. “We can give the money back, but that’s a worst-case scenario,” said Brenda Emfinger, who manages the fund in Ivey’s office. “We’re asking that people be patient.”

Many early participants in the program were under the impression that their contracts guaranteed tuition would be paid in full if they made their payments. Contracts from the program’s inception in 1990 through 1994 explicitly promised that would be the case. The problem is that the promise stated that only the FUND guaranteed the payments. None were guaranteed by the full faith and credit of the state. Language using the word “guarantee” was removed by the legislature in 1994; however, those early subscribers could very well have a legal priority to the remaining funds, one lawyer told me.

Our own Richard Shelby (R) is second on the list of the Senate’s top porkers, right behind only Robert Byrd (D) of West Virginia. According to a report from Taxpayers for Common Sense, Shelby secured over $114 million of federal money for Alabama. Byrd, the reigning champ, brought almost $123 million to West Virginia.

Last week the State House passed a law permitting the percentage of alcohol in beer to increase from six to 13.9 percent and allowing an increase in table wine from 14.9 to 16.5 percent. The reason given for wine… grapes are remaining longer on the vine. One lobbyist gave me an interesting rationale involving the economy: “We need to sell more booze so that people can feel mellow as fast as their investments tank.”