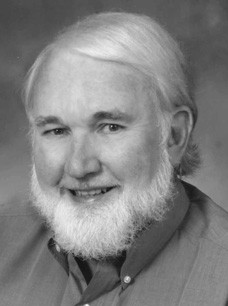 Last week he took up the matter of former Alabama Gov. Don Siegelman, who is asking the U.S. Supreme Court to review his case.

Here is Will’s opening argument to the High Court which Siegelman’s lawyers should adopt without changing a word: “All elected officials, and those who help finance elections in the expectation that certain promises will be kept – and everyone who cares about the rule of law – should hope the Supreme Court agrees to hear Don Siegelman’s appeal of his conviction. Until the court clarifies what constitutes quid pro quo political corruption, Americans engage in politics at their peril because prosecutors have dangerous discretion to criminalize politics.

“Siegelman, a Democrat, was elected Alabama’s governor in 1998 and was defeated in 2002. In 2006, he and a prominent Alabama businessman – Richard Scrushy, former chief executive of HealthSouth – were convicted of bribery. Here is why:

“As governor, Siegelman advanced a ballot referendum to create a state lottery with revenue dedicated to education. After Scrushy raised and contributed $250,000 to the lottery campaign, Siegelman appointed him – as three previous governors had done – to a health-care-related state board, three members of which are required by law to be health-care professionals and all members of which serve without pay.

“The lottery referendum lost, leaving the Democratic Party with a campaign debt. Siegelman and a wealthy Alabamian guaranteed a loan to pay it off, but Siegelman and others raised sufficient money – including another $250,000 from Scrushy through his company – to retire it. Note that half of the contributions involving Scrushy came after his appointment to the board.

“Now, it is not unreasonable to suppose that, before Scrushy’s first contribution, he hoped to ingratiate himself with the governor, that he hoped to be reappointed to the board and that Siegelman appointed him at least partly because of gratitude. But was this bribery?

One has to also add to this the argument that Siegelman was charged and brought to trial by a federal prosecutor who was married to one of the individuals who was attempting to bring Siegelman down and tried before a federal judge with whom the former governor had crossed swords.”

It is not uncommon, Will writes, “for wealthy individuals to support presidential candidates lavishly, if not for the purpose of becoming ambassadors, then with the hope that the president-elect will show gratitude for their generosity.”

Will concludes that “if bribery can be discerned in a somehow implicit connection between a contribution and an official action, prosecutorial discretion will be vast. And there will be the political temptation to ascribe unspoken but criminal mental states to elected officials. The Supreme Court can circumscribe this dangerous discretion by affirming the principle that the quid pro quo standard for bribery requires proof, not a mere inference, of an actual communication.”

Even not being a political fan of Don Siegelman, I concur with Will’s analysis, one I have had for many years despite Siegelman’s less than stellar tenure as governor.

The Immigration Law Lawmakers plan to reveal “tweaks” to the state’s immigration law in the next week or two, State Rep. Jack Williams, R-Vestavia Hills, said last week. State Sen. Billy Beasley, D-Clayton, who opposed the law from its inception says he has pre-filed legislation to have it repealed. He believes the law is hurting the state’s education, economy, and reputation. “Sometimes if you realize you’ve made a mistake in your life, you have to have the courage to rectify it,” Beasley says. “So I challenge the members of the Alabama Legislature to dig down deep in their conscience and do what’s right for the state of Alabama” Beasley is right but what is not right in God’s eyes, based on my belief, is to treat workers, human beings who are just doing what they must do to survive in this world, as criminals. These are people who are willing to labor at jobs which most of us wouldn’t. We ought to adopt them, not cast them aside. I know, I watched them put a roof on my house.