Will Bob Riley plead the Fifth? 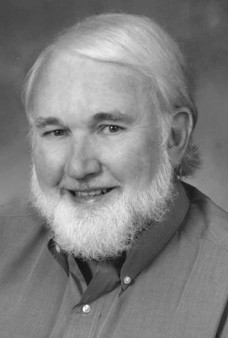 A federal judge ruled last month that former Gov. Bob Riley must be available to testify in the retrial of the bingo defendants, which begins on Jan. 30.

United States Magistrate Judge Wallace Capel, Jr. said Milton McGregor’s lawyers showed sufficient reasons to subpoena Riley, including information that the former governor talked to at least one of the defendants about the gambling legislation that led to the charges.

But will he actually testify?

The Self-Incrimination Clause of the Fifth Amendment to the United States Constitution provides that “no person… shall be compelled in any criminal case to be a witness against himself.” All witnesses have the right to invoke the plea that what they say on the stand might be used against them in a later court proceeding.

“This has never been about me testifying,” Riley has publically stated. “It’s about whether or not you can call the governor when the governor has no knowledge of anything and put him on trial. It’s something I won’t have to worry about but the next administration will.”

To that, McGregor’s lead lawyer Joe Espy had this to say: “Mr. Riley is no longer the governor, he’s now a lobbyist.”

The court agreed, so the question of “what did Bob Riley know and when did he know it” will likely be on the table at the retrial… unless the former governor decides to “cop” a fifth-amendment plea.

The defense teams have asserted throughout this bingo ordeal that Riley had his hands all over the orchestration of the efforts to tamp down competition for the Mississippi Choctaws who are believed to have rewarded him handsomely.

Sources have said the McGregor legal team also plans to issue subpoenas for disgraced Washington lobbyist “Casino” Jack Abramoff who just finished a 43-month stint in federal prison, Abramoff’s cohort and former Riley aide Michael Scanlon who is currently serving time in a federal lockup, and Christian Coalition founder Ralph Reed who was a part of the Abramoff-Scanlon scam. Others expected to be called include Dan Gans, a former aide to Riley, and Nell Rogers, a leading official with the Mississippi Choctaws and a top assistant to former Tribal Chief Phillip Martin.

Espy has said that while the defendants in the case have been accused of being engaged in offering bribes for votes, the former governor was making offers to individuals to block the bingo legislation. Espy says that Riley offered campaign contributions and projects but could not be more specific because the court had sealed the information.

Espy says new information surfaced during and after the first trial. He cites the testimony of FBI agent George Glazer of Mobile which disputed Riley’s assertions that he knew nothing about the federal investigation until legislators told him. Glazer testified that the Department of Justice was so worried about the legislature passing a “tainted” bill that they (the feds) told both Riley and legislative leaders about the investigation.

It is, I believe, absolutely irresponsible and a waste of taxpayer dollars for the Obama Justice Department to continue with the retrial of this matter. And by-the-way, the GreeneTrack bingo slots are now operating wide open with over 300 machines in Greene County while VictoryLand in Macon County remains virtually closed as a political vendetta continues to be carried out against McGregor and the hundreds of laid-off workers there. Does AEA influence elections?

My first reaction was what a dumb question.

But the 11th Circuit Court of Appeals in Atlanta has told the Alabama Supreme Court to determine if the Alabama Education Association’s activities influence elections.

The Atlanta court is considering an appeal by the state of a ruling that halts enforcement of a law that would reduce the influence of public employee groups.

The law, adopted last year by the State Legislature, would prohibit payroll deductions for state workers and teachers who are paying membership dues to groups that use the money for political activity.

The appeals court said that if the AEA is conducting electioneering, the Alabama Legislature was right to block the payroll deduction of dues. AEA officials say they don’t consider communication with their members to be electioneering.