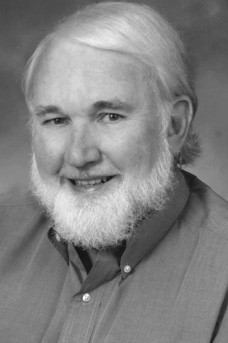 One circus act ends in Montgomery Thursday but another started on Monday so the folks in the seat of Alabama’s government will be entertained continuously this summer with many actors and many antics.

The state Legislature comes back to town Thursday to end its 2011 regular session so the state will actually be safe for awhile, and the bars here will return to normal capacity. But down the street at the federal courthouse, what may be the largest federal invasion the capital city has witnessed since the “War of Northern Aggression,” started Monday. It’s the so-called “bingo” trial featuring eight well known defendants and three one-time defendants, who turned to become witnesses for the feds after receiving prosecutorial promises of leniency.

The cast also features dozens of highly paid lawyers, both of the private and federal bureaucratic variety, three wire-carrying legislators who surreptitiously taped their colleagues, the second African-American federal judge to be appointed to serve in Alabama, and a federal prosecutorial task force that has filled two floors of a downtown Montgomery office building and cost taxpayers more than $25 million to take down constitutionally approved bingo in Alabama.

The trial is also being conducted without the presence of a United States attorney for the Middle District of Alabama, mainly due to influential senators in Washington who cut a deal with the President to keep the Bush appointee, Leura Canary, in office until the gambling investigation went to trial and to allow her to gain additional retirement credit.

Canary finally resigned last week after the Obama Administration had allowed her to hold over more than two years. Montgomery attorney George Beck was nominated by Obama a few weeks ago, but his nomination is now being delayed by the actions of Sen. Chuck Grassley, R-IA. Beck, who had to shut down his law practice after his nomination, is now left hanging out on a limb waiting on the politics in Washington to settle down.

So the show now turns to an overwhelming federal force attempting to aid our former governor, Bob Riley, in the elimination of more than 6000 jobs in the poorest counties in Alabama who were working in establishments with bingo machines deemed legal by the Alabama Supreme Court. Riley, with the aid of the Obama Administration, has driven these legal operations out of business by an age-old device… forcing the owners to use their time and resources in defending themselves. Riley is trying to avoid the trial with a motorcycle trip to Alaska but will likely be required to testify.

Some of the federal prosecutors sent here were sanctioned for misconduct in the trial of the late Sen. Ted Stevens, R-Alaska. Later, all charges against the late senator were dismissed by a federal court. Last day of the session

The other show ends Thursday with the final legislative day of the 2011 regular session. The entire session has been a demonstration of the newly gained Republican control of Alabama’s lawmaking bodies.

Bills which are expected to come up for final passage on Thursday include:

HB19 by Rep. Kerry Rich (R-Albertville) – provides that a voter must provide valid photo ID in order to vote and requires the secretary of state to issue photo ID cards at no cost to individuals who have no valid photo ID.

HB478 by Rep. Barry Mask (R-Wetumpka) – provides resurrection of the incentives that were used to attract Mercedes and suppliers in 1993.

HB123 by Rep. Jay Love (R-Montgomery) – Education Trust Fund budget, which has been returned by the governor with an executive amendment, is in the House basket.

SB133 by Sen. Arthur Orr (R-Decatur) – the General Fund budget, which was returned to the Legislature this week by the governor with an executive amendment.

Also, the House can still consider SB301 by Sen. Phil Williams – defining persons from the moment of fertilization, which was carried over last week to next Thursday.