Alabama, the State of largess that keeps on giving 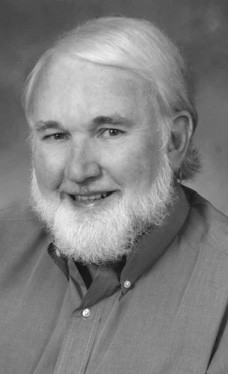 Why should Alabamians be surprised at the following headlines of the past few days?

“Private group receives $13 million in state funds to contract for educational software without knowledge of the state Board of Education,” or “Director of state business group named in federal indictment.”

We shouldn’t, perhaps, because we’ve seen so much of this type of behavior from our public servants.

Our state Board of Education has 10 members, including the governor, who is president, and the state superintendent of schools, who is the secretary and executive officer. In one of the most remarkable lapses of accountability I have ever heard about, the superintendent gets a multi-million dollar slush fund each year in the education budget, properly named the “at-risk fund,” to dole out as he pleases. The amount was $16.2 million in FY 2011 but has been reduced to $10 million for 2012.

There is also a group called the Council of Leaders in Alabama Schools (CLAS) through which it has become a practice of the superintendent to funnel these monies for various education projects outside the normal budgetary channels.

The current superintendent, Dr. Joe Morton, was appointed in 2004. In 2005, according to The Huntsville Times, representatives of a software company, “Learning Through Sports Inc.,” began attempting to negotiate a deal with Morton to sell its education software to the state. At the time the company was owned by a former Auburn football player, Brian Shulman, and Auburn Network Inc., a company owned by current Speaker of the House Mike Hubbard.

Hubbard, then a mere House member, wrote to the state Ethics Commission that he had sold his shares in Learning Through Sports to Shulman.

Soon, the software program was being used in Alabama schools after receiving $200,000 in 2005. Fast-forward to 2008. Since that year the state has paid Learning Through Sports more than $13 million without the “knowledge or approval” of the state board, according to the Times. The funds are funneled through the CLAS group, which receives about four percent of the money to administer the program and hires about 20 retired principals to help. Learning Through Sports gets the rest.

After this was revealed at a meeting last week, most state school board members expressed outrage. Board members Betty Peters of Dothan and Ella Bell of Montgomery said that neither the program nor its funding had ever been presented to the board. “I feel like we’ve been kept in the dark,” Peters commented.

One of the achievements cited by CLAS, which benefits from the contract, is that ejections of high school athletes has declined by 78 percent since schools started using the program’s video discs in 2005. Somehow, I suspect coaches and referees may also have had something to do about this issue.

“I’m shocked that this kind of money is flowing to a private group. There has to be something more involved,” said Dr. Paul Hubbert, AEA executive director.

Perhaps Dr. Hubbert didn’t realize there was a political lobbying firm involved. The Times reports that CLAS is represented by the Montgomery lobbying group of Swatek, Azbell, Howe & Ross. An alleged rip-off of millions

Don’t breathe yet. Here’s another alleged rip-off of taxpayer money.

The longtime director of an Alabama business group has been charged with defrauding the state of over $7 million in a federal indictment that accuses him of using taxpayer money on clothes, vehicles, food, housing expenses. and expensive gifts.

Maurice William “Bill” Campbell Jr., 59, of Rainbow City, has been accused by federal prosecutors of using his former position as director of the Alabama Small Business Development Consortium to obtain about $7.3 million from the state. The group, made up of four-year universities, was designed to provide state businesses with assistance for economic development.

Campbell is charged with using state money obtained through his job to buy items including clothes, jewelry, and cars. He also is accused of writing checks worth tens of thousands of dollars for several women he called the “Little Sisters.”

Authorities said Campbell was hired in January 2003 as director of the consortium. Two years later he formed the Alabama Small Business Institute of Commerce, which was incorporated as a nonprofit charitable organization and received almost all of its funding through grants, contract and appropriations from the state education budget. Three persons who worked for Campbell were also charged in the alleged scheme.