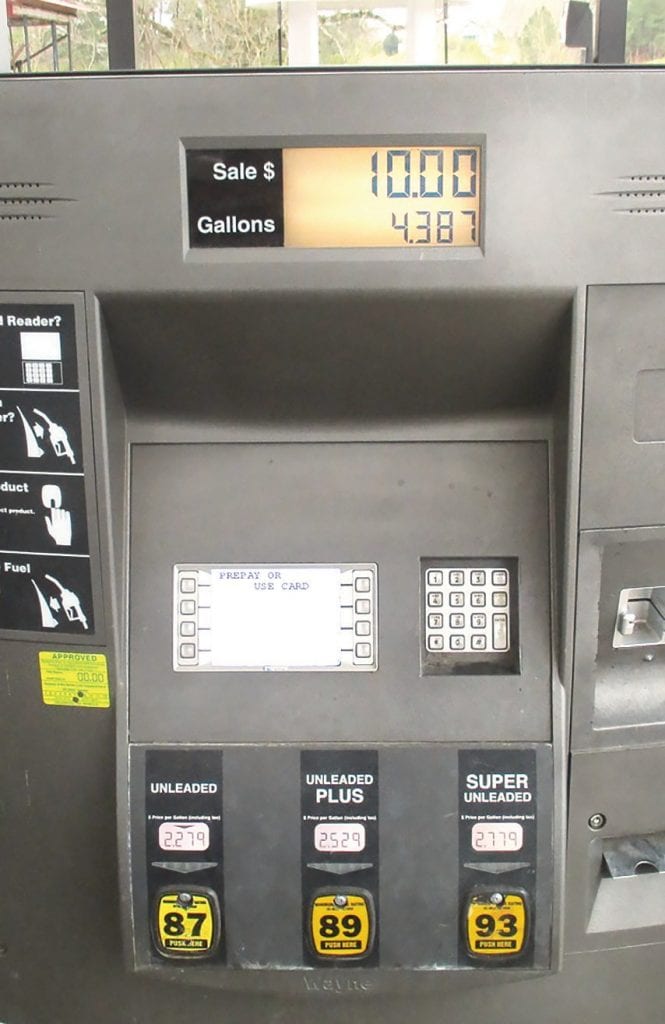 By a vote of 84 to 20, the Alabama House of Representatives approved a bill Friday that would increase the tax consumers pay on gas and diesel fuel by 10 cents per gallon when fully implemented in 2021. The Alabama Senate Senate approved the bill, apparently without major changes, by a vote of 28-6 Tuesday. The bill must still be signed by Gov. Kay Ivey before becoming law. The current rate, in effect since 1992, is 18 cents per gallon, placing Alabama at #41 among states in gas tax rates, according to the American Petroleum Institute’s July 2018 data. The 10-cent increase would put Alabama near the middle of the pack nationally.

As passed by the Alabama House, six cents of the increase would go into effect on Sept. 1, with an additional two cents on Oct. 1, 2020, and Oct. 1, 2021. The tax would produce an estimated $320 million in new revenue annually when implementation is complete. Beyond 2021, the tax could rise by as much as a penny every two years, based on an index tied to increases in highway construction costs.

Two-thirds of the new revenue, about $214 million annually, would go to state highway projects.

Eight percent, almost $26 million, would be divided by Alabama’s towns and cities, based largely, but not entirely, on population.

A separate bill would provide up to $12 million to support a bond issue to improve the Alabama State Docks in Mobile.

Twenty-five percent of the tax proceeds, $80 million annually, would be divided among Alabama’s 67 counties, based largely on population. If unaffected by further changes in the bill, Blount County’s allocation is estimated at $1,061,000 annually.

That money would be used to support further extension of the paving program for major and minor collector roads in Blount County, referred to as stage three in county commission planning. Subject to the commission’s discretion, it could nearly double the number of road miles paved in the county by the time the phased-in gas tax reaches the full 10 cents in the third year of implementation, as presently proposed.

Revenues from the tax are to be spent entirely on roads, bridges, and other critical infrastructure. “There will be strong accountability measures to make sure these monies are spent only on transportation infrastructure. Period.” Ivey vowed in her State of the State speech last week.

The Blount Countian polled county legislative delegation members for their position and comments on the tax.

District 17 Sen. Shay Shelnutt: “I’m a no vote on the gas tax. I don’t remember a single voter telling me that they wanted me to come down here and raise their taxes. Until we unearmark taxes – which we’ve promised for years – cut pork spending, and cut more waste, I’m not voting for any tax increases.”

District 34 Rep. David Standridge: “Today (Friday), the House of Representatives took up the bill to raise the gas tax for infrastructure. I studied the bill and listened to the people of my district. After much consideration, I decided to vote no. Even though the bill passed, I respect the decision of each representative. My prayer is that the decision of the Legislature is the right decision for the state of Alabama.”

District 11 Rep. Randall Shedd: “I voted for Gov. Ivey’s infrastructure legislation for a number of reasons. (1) Its sponsor (Rep. Poole) helped me get $750,000 for J.B. Pennington High School when we desperately needed it when it burned. I don’t forget when people help. (2) This is probably the only chance we’ll have anytime soon to get U.S. 278 completed from Snead to Cullman. (3) The legislation provides a huge opportunity for poultry and agriculture products to be shipped out to worldwide markets. (4) It provides substantial new revenue for local Blount County roads and bridges. (5) New requirements will be in place for accountability that have never been there before.”

Locally, the Town of Locust Fork passed a resolution on Feb. 26 affirming the town’s support of the 10-cent gas tax initiative. Pointing out that the gas tax has not been raised since 1992, that revenues from that tax have declined with the decreasing gallons of gasoline sold because of improving fuel efficiency of vehicles, and that the annual shortfall of revenue needed to maintain state bridges and roads is estimated at $350 million, the town declared its support of the pending legislation, providing it does not “in any way preempt or exempt, or restrict in any way, existing municipal authority and that those efforts provide for an equitable share of statewide funding for local government.”

According to Conservation Alabama, a conservation watchdog and advocacy publication, the version of the bill approved by the House eliminated a provision calling for an annual registration fee of $100 for conventional hybrid vehicles, and reduced the annual tax on electric vehicles to $200. Plug-in hybrids will pay an annual tax of $100. A portion of the electric vehicle tax is to be used to build charging stations across the state until electric vehicles constitute 4 percent of the state’s registered vehicles.