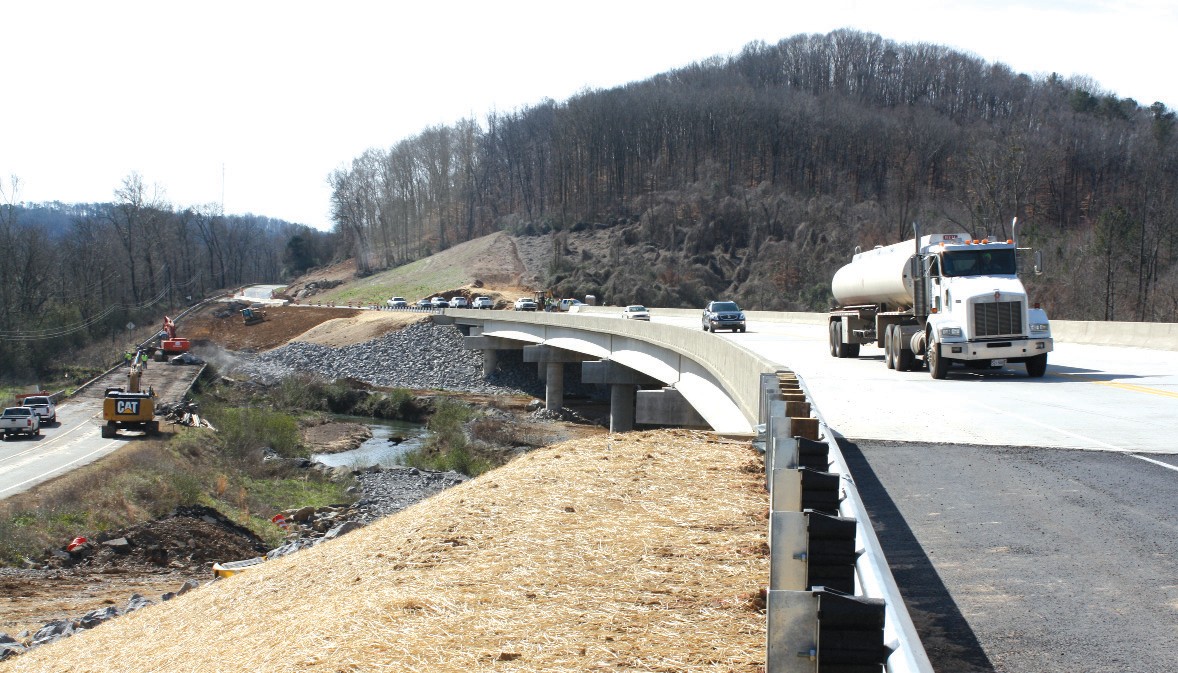 Traffic was flowing smoothly on the new Ala 75 bridge on Monday.

With crews working around rainy weather, the Ala 75 bridge just north of Oneonta finally opened this week. RaCon Inc. began working on the $4.4 million project in August 2011.

“The plan went smoothly without any unforeseen issues arising and no safety problems being reported,” said Gary Smith, district manager of the Alabama Department of Transportation for Blount County.

Now, the crew will finish the final paving of the new highway and continue with the removal of the old highway and the old bridge, he says.

The lack of shoulder area on the original bridge caused it to be deemed functionally obsolete by the Department of Transportation. The standard for adequate shoulder area is 8 or 10 feet, and the old bridge had almost no shoulder area.

“We have hundreds of those across the state that have no shoulder,” Smith said. “They can’t afford to fix all of them at once, but they assign a priority to them for different reasons, and this one was probably made the priority because it’s low, and it has flooded before.”

The new bridge is significantly wider and longer than the original bridge with measurements of 46 feet and 9 inches wide and 600 feet long compared to the old bridge which was 24 feet wide and 255 feet long.

Considering the old bridge would be a barrier to water flow, it is being destroyed.

“We have heard comments asking why in the world we built such a big bridge to take the place of such a small bridge,” Smith said. “They overdesign everything and make it where it won’t ever have to be replaced because of flooding. It’s a big one and way higher than the old one, so it should never flood unless it is a Biblical type of flood.”