Ala 160 clears last hurdle; right- of- way appraisals to begin 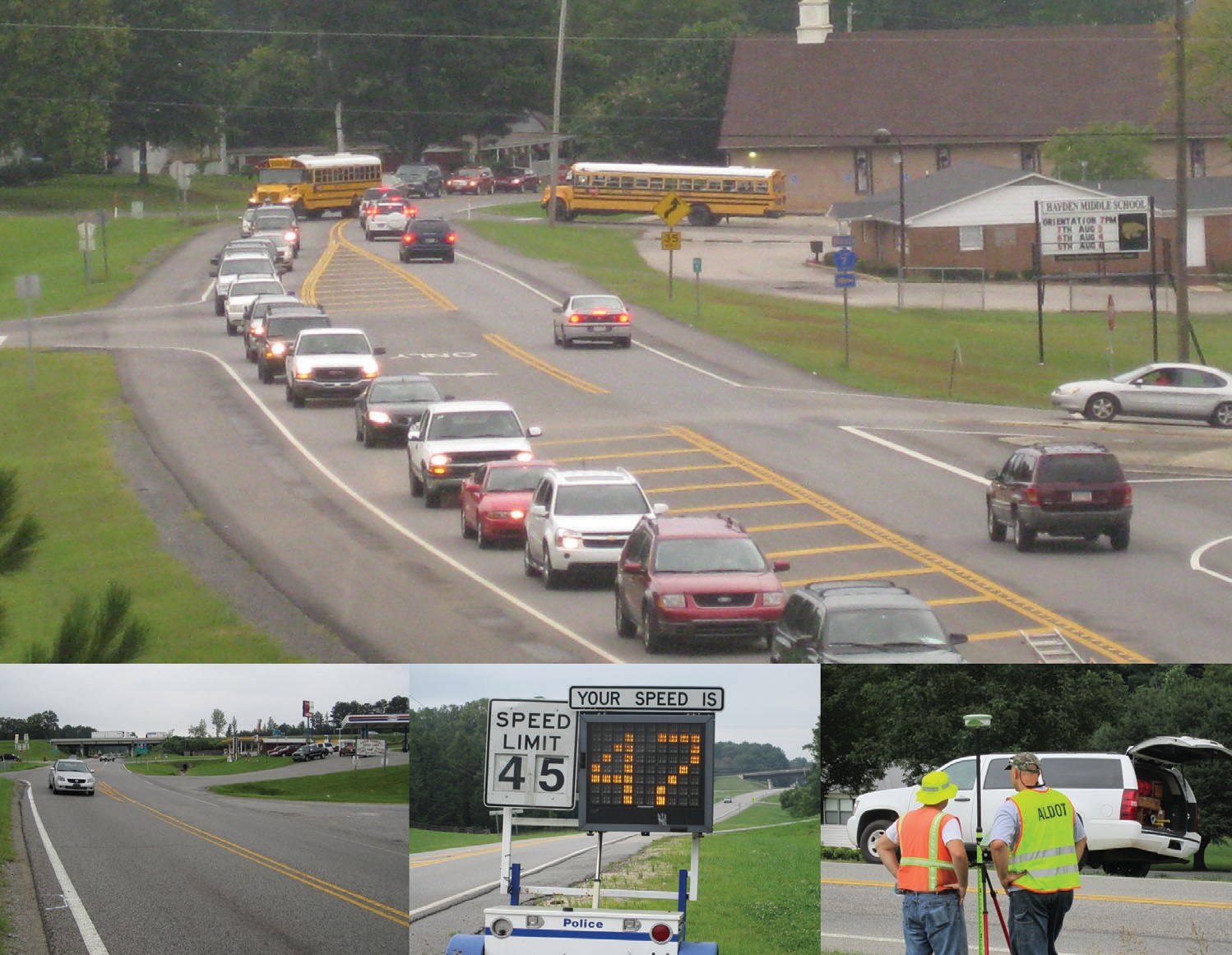 (Clockwise from top:) Morning school rush hour in downtown Hayden; Scoping out the right-of-way; Ala 160 near Hayden railroad overpass: reducing speeds in meantime; Ala 160 at I-65: will it become county’s #l development magnet?

The Ala 160 five-laning project, a Blount County flashpoint for at least a decade, has cleared the last hurdle blocking its progress, the Alabama Department of Transportation announced last week.

The Federal Highway Administration last week gave approval for ALDOT to begin buying rightof way for the 5-mile section of highway extending from I-65 eastward through the town of Hayden. The project had been stalled for well over a year pending federal approval of an environmental impact statement. The current twolane road will be upgraded to four lanes plus a center turn lane.

Right-of-way acquisition and construction each will be divided into two phases. Phase 1 begins at I- 65 and runs approximately 2.5 miles to the east to Myrick Road. Phase 2 begins at that point and runs another 2.5 miles to Graves Gap Road, a short distance east of Hayden town hall. According to current preliminary ALDOT estimates, the cost of the project is expected to be $25.5 million for phase 1 and $14.5 million for phase 2.

ALDOT estimates it will take 12 to 18 months to acquire the 51 parcels of land required for phase 1 construction. Once right-ofway acquisition is completed, ALDOT will finalize the phase 1 construction schedule. The last step before construction begins will be to relocate utilities along the right-of-way, a process that could take a year, more or less.

Though ALDOT did not specify a target date to begin construction, phase 1 construction might begin during 2014, according to the right-of-way acquisition and utilities relocation dates discussed above.

Phase 2 consists of an additional 57 parcels of property. Phase 2 construction is expected to follow phase 1 construction. Appraisals for both phases will be handled more or less as a continuous process rather than being separated strictly into phases, according to Lance Taylor, preconstruction manager at ALDOT’s division office in Birmingham.

“We’re pushing the appraisers to do all the appraisal work as soon as possible, though they’ll work first on the phase 1 parcels and then move on into phase 2 parcels, but there’ll be some overlap,” he said.

“A lot of people have done a lot of work to get us where we are today,” said Commission Chairman David Standridge, who says he’s made a few calls himself to ALDOT and to members of the Alabama Congressional delegation in Washington. “It’s taken a joint effort by the community and by both local and state officials to keep the focus on this as a priority project,” he said.

“We know some economic development like retail in the 160 corridor has been delayed by things like uncertainty over whether and when the project would be done, and especially where the right-of-way will be. You can’t specify setbacks and position parking lots until you know where the road is going to be. We should be in position now or at least very soon for the infrastructure out there to improve and become a real economic benefit,” he said.