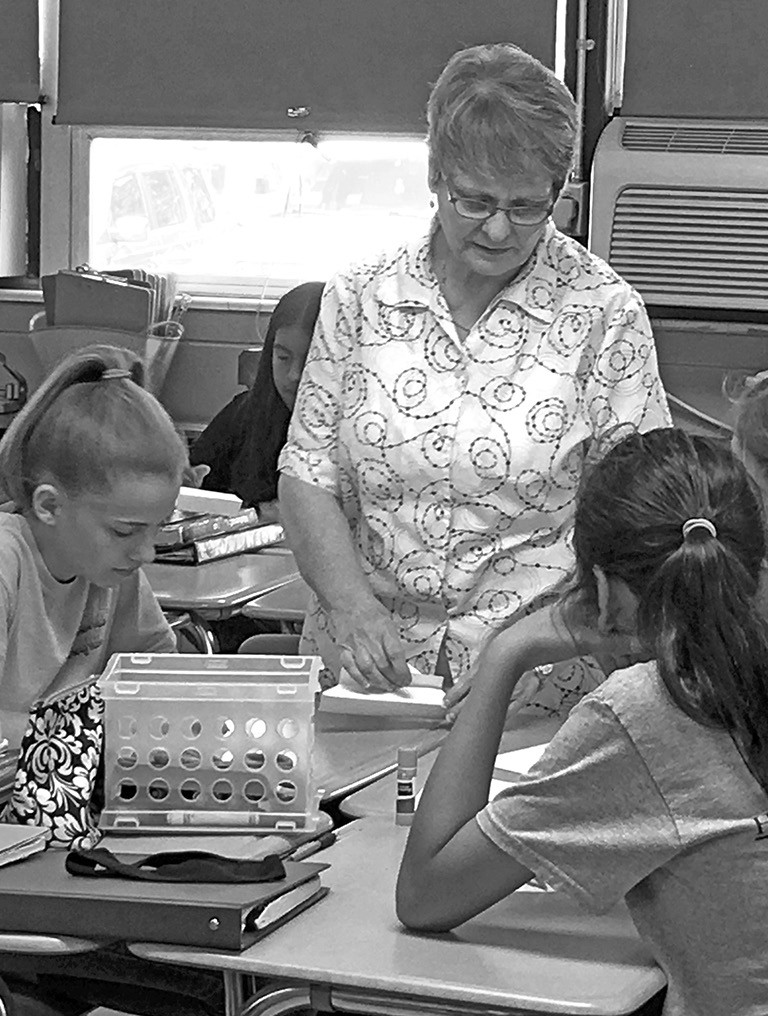 Deborah Jackson and students in room 118.

Mother Carolyn Ford and daughter Deborah Jackson not only have occupied the same room for over a 40 year span, but both began teaching at the age of 40, both taught the same grade, and both finished out their career teaching a grade they loved. 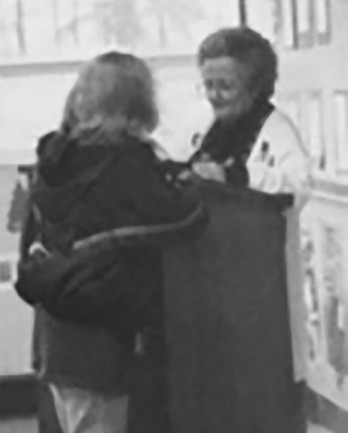 Carolyn Ford in Appalachian High School room 118 during the 1980s.

Jackson earned her degree from UAB and started teaching when she was 40 years old. Jackson has primarily been a fifth grade teacher during her 21-year career; however, she did teach sixth grade for a short period of time.

When asked about her inspiration as a teacher, Jackson replied, “I’ve always wanted to be the kind of teacher my mother was.” Jackson said she could never have lived up to her mother’s reputation, but has strived hard to do so.

She praised her mother’s passion to help students learn.

While Ford now has dementia and resides in a local nursing home, she still has a desire to teach. Jackson said that some days when she visits her mother, Ford will want to work on getting her lesson plans for her students. Jackson lovingly says about her mother, “I guess once a teacher, always a teacher.”

Between the mother/daughter duo, there are 14 current faculty members at Appalachian High School that Ford or Jackson taught when they were in the fifth or sixth grade.

Throughout her career, Jackson has seen many changes. She admits one of the most difficult changes to adapt to has been the age of technology. She admits you have to think differently, as well as teach differently.

Another change Jackson has witnessed is the fact that students have had to take on more adult responsibilities at a much younger age. Many homes requiring both parents to work outside the home and broken homes are two of the primary reasons for this change.

As Jackson prepares for her final days as a teacher, she is able to reflect on the many highlights of her teaching career. She said, “Two of my favorite things about teaching are seeing the kids’ faces light up when they finally understand a concept they’ve struggled with, and having former students stop by my room just to say, “Hi.”

“I will miss their funny comments and stories. They have helped me keep young, at least in my mind.”

Whoever assumes the iconic room 118 will definitely have some big shoes to fill.

Former students, who are now co-workers, had this to say about Jackson:

“I was in Mrs. Jackson’s first fifth grade class. One of the things that I remember from her class was having a weekly spelling bee and if you won, you didn’t have to take the weekly spelling test. It really motivated us to study hard! Coming back to AHS as a teacher and working with my former teachers (like Mrs. Jackson) has given me a new respect for them. It has been a pleasure knowing Mrs. Jackson all these years and I wish her nothing but the best!”

“Mrs. Jackson was my fifth grade teacher. She was a great teacher and went above and beyond to help her students. Working with her now I can see the love she has for what she does. It is not a surprise if she stays at the school working until 7 p.m. or later in her classroom to prepare for her math and science lessons. She will be missed by faculty and students. I hope she has a great retirement!”

“Mrs. Jackson was my fifth grade teacher and now has been my co-worker for the past three years. A lot of my past teachers have been quite notable, but Mrs. Jackson was one who stood out the most. I knew she loved her job and loved us (her students) just as much as her own children. Now that I am on the other side, “behind the scenes” I guess you could say, I see a loving, Christian woman. I see a hardworking mother, grandmother, and teacher. She is the kind of teacher I look up to, the kind of teacher I want to be remembered as. Mrs. Jackson is the perfect definition of “teacher”. She has changed the lives of so many students including myself! Happy retirement Mrs. Jackson! I wish you the best!”