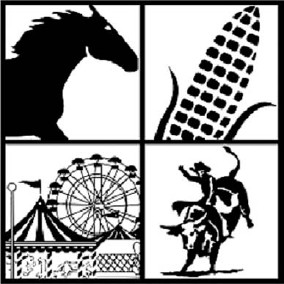 The Blount County-Oneonta Agri- Business Center, often beset in years past with financial results that failed to break even for its annual operations, has shown a profit for the last two consecutive years, board chairman Jeff Hallmark announced at the December meeting.

The final profit for the 2016 Agri- Business Center season was $16,000, according to Hallmark. Director Chase Moore said the 2016 season was successful, but not as successful as last year. The Agri-Business Center recorded a profit of $37,500 in 2015. (Because of the timing of fairs in September of 2014 and 2015, results from both were included in the 2015 financial results.)

The financial statement for the Agri- Business Center for the year ending Sept. 30, 2016, reports a gain of $36,326 in net assets for 2016 over 2015. It reports a gain of $22,717 in cash on hand for the 2016 reporting period over the same period for 2015. Net capital assets increased $14,206 over the same period. All those results are indicative of generally effective financial management.

Hallmark said that $30,000 in grants from the city of Oneonta and the Blount County Commission have not been expended, but are being held in a capital reserve fund to support operations in future years, if needed.

‘A very good budget’New clinic in townFour days a week