Aftermath of a copper heist 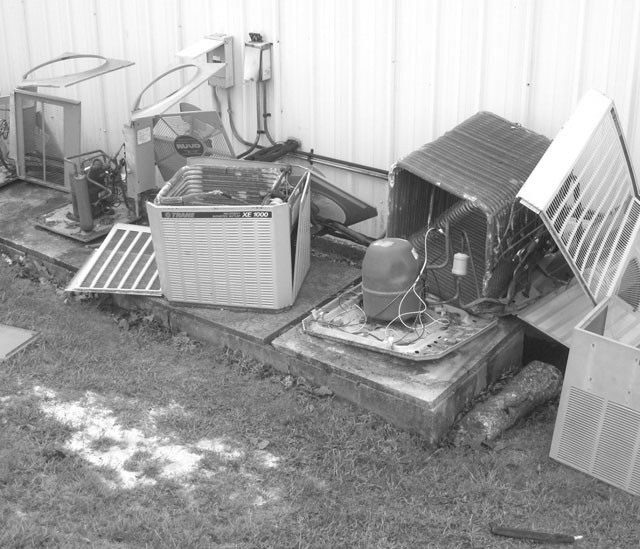 Thieves destroyed five of six air conditioning units last Friday night or early Saturday morning at Pleasant Mount Baptist Church on Pine Mountain. Stripped of copper wiring and components, units were damaged beyond repair, with replacement value estimated at nearly $30,000. The church’s air-conditioning contractor estimated the resale value of the stolen copper wiring and parts at $400 to $500. Sheriff’s investigators said they had no firm leads on the perpetrators. There have been several similar thefts in the surrounding area, they said. “I’d like to warn others about this so they can take whatever steps possible to safeguard their property – community patrols or whatever,” said church pastor Glenn Bynum. “I’d also like to challenge law enforcement on two counts. First, tell us what we in the general public can do to help combat this kind of crime. Second, it looks like the law should be able to impose some controls on the places that typically receive this kind of stolen property, so there’s at least some record of who brought contraband in to sell.” – Ron Gholson