AFTER WORKING TO REPAIR DAMAGE 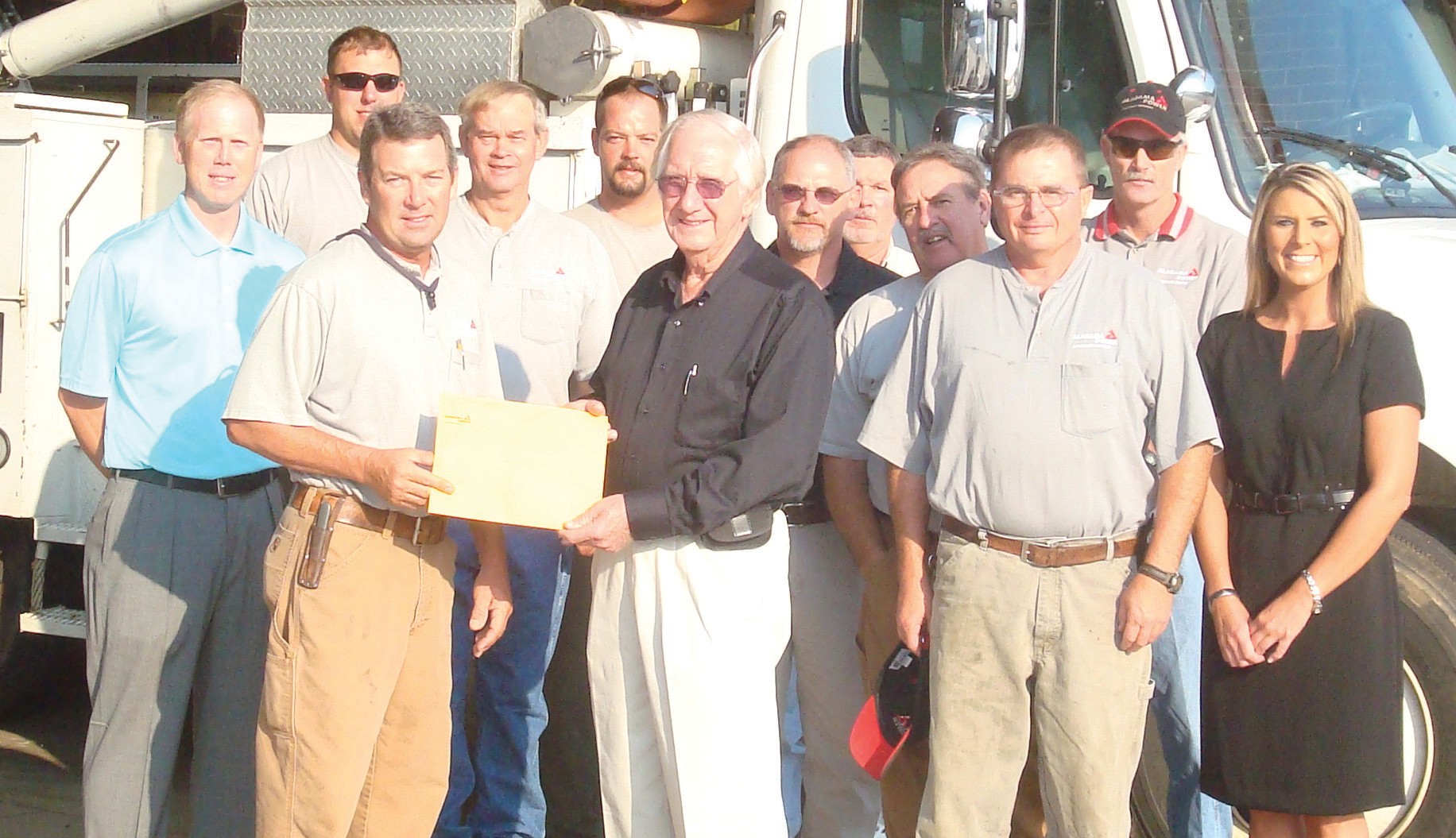 After seeing firsthand the devastation from the April 27th tornadoes, Alabama Power employees wanted to give back to their community by helping those affected and in desperate need in Blount County.

David Sloan, Alabama Power lineman for more than 26 years, said, “The response to Alabama Power from the community has been overwhelming. Everyone we have encountered in Blount County during storm restoration has been very courteous and thankful for our power restoration efforts. After seeing the devastation up close and spending time with those in our community that were affected by the tornadoes, we felt as a group that we needed to help these people right here at home in Blount County.”

Alabama Power line crews, field personnel, and office personnel collected and donated $2400 to Hope House to help tornado victims. Director Bud Jones said, “We are very grateful and very thankful for the support for Hope House that we have received from Alabama Power. In addition, the outpouring of support from the community is the greatest that I’ve seen in my 74 years.”

Hope House is still receiving calls every day from families affected by the tornadoes. Brother Bud says, “The needs have changed since the first few weeks. Families are now in need of used appliances, household items, cookware, dishes, and bedding.”

If anyone has a used appliance to donate, even if it needs repair, Hope House has a repairman that more than likely can fix it and have it ready for use by someone in need.

Hope House accepts donations daily but still needs help from everyone in the community who feels the need, as did Alabama Power employees, to give back to the community and help those who were devastated by the April tornadoes.